During the many chemical reaction involved in the production of spirits, chemical compounds are created that eventually give aromas to the resulting product. Can anything be done to limit or enhance the presence of these compounds? Alan Smart, Distilling Market Sales Manager UK at Lallemand Biofuels & Distilled Spirits, gave a Masterclass during the Spirits Selection 2021 to try to answer this question, highlighting several of these aromas. 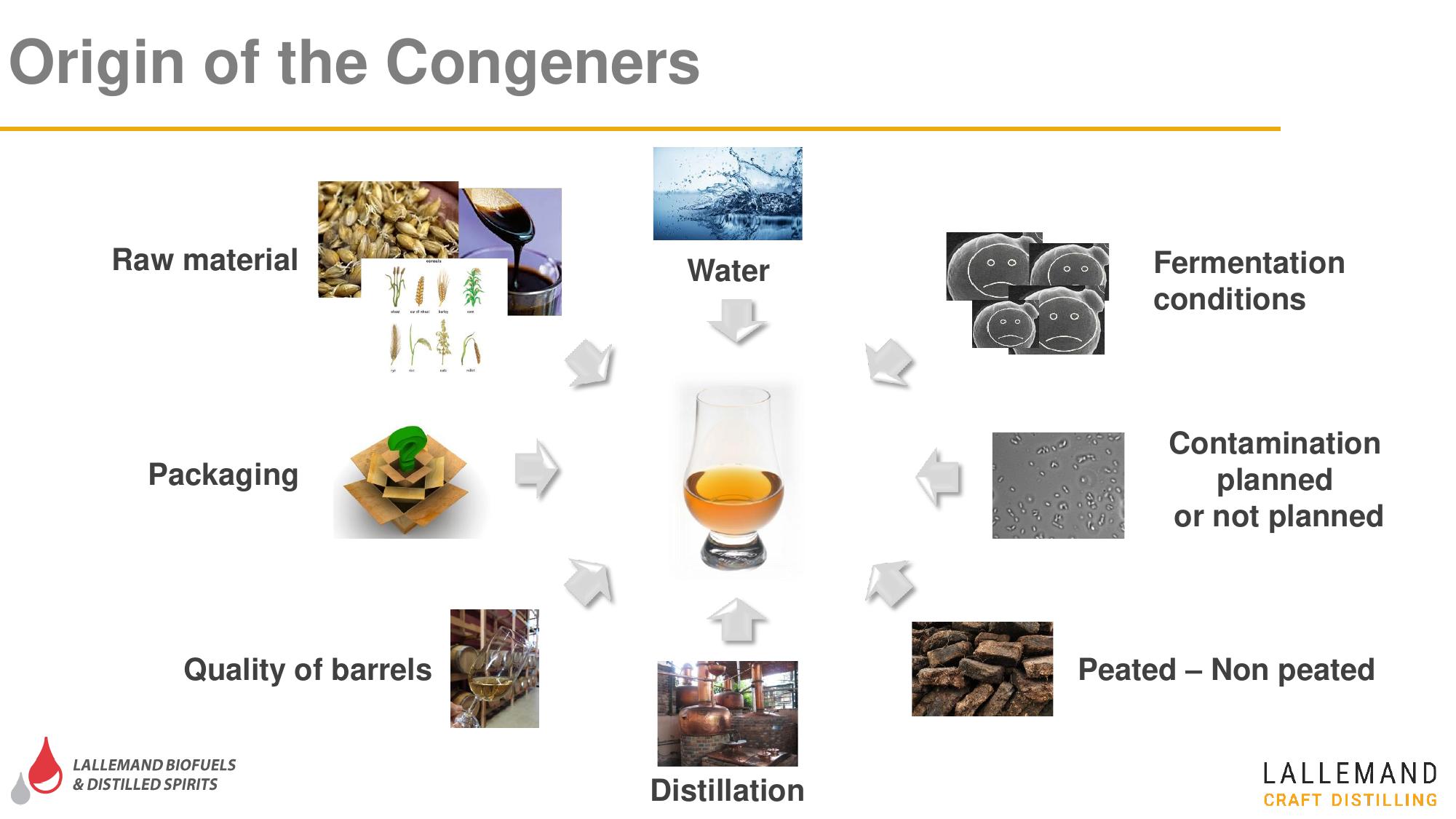 To better understand these compounds, they were artificially added from blister packs to two based spirits. The first two were mixed with a sample of rum from Plantation, the later two with a sample of Irish Whiskey from Tullamore Dew. They were confronted to the control samples to illustrate their sensory effects.

Ester of the acetate esters family, it forms when ethanol combines with acetic acid; it is the most common ester found in spirits considering its concentration level. It has a range of organoleptic effect – from fruity to solvent. Some well known examples are apple, pineapple, butter and mint.

Ethyl acetate has a sensory threshold of 150 mg/litre for ethyl acetate. Esters can be produced both during distillation and ageing of spirits.

Diacetyl is a by-product of both yeast and bacteria: during yeast metabolism, a compound called acetolactate is excreted into the fermenting wash, and subsenquently oxidized in diacetyl. It has a characteristic butterscotch odour, and is impossible to remove completely during distillation as its boiling point is similar to that of ethanol. However, during the fermentation, a dynamic effect is occurring, whereby the yeast cell will reduce the diacetyl. Therefore as long as the yeast is viable and efficient, diacetyl should not be detected.

Continuously supplying good nutrition for the yeast, controlling the temperature of the fermentation and improving the hygiene during the process are the three main ways to control the presence of diacetyl.

Geosmin is an irregular sesquiterpene giving a characteristic earth or must offnote. It is easily identifiable as the well-known smell filling the air after when rain falls after a dry spell. It is important to note that yeast is not involved in its production, but it can be brought from two main sources: water and raw material. Moreover, it can survive every step of the spirits production, from fermentation, to maturation, thus appearing in the final product.

The fact that water is used in many parts of the process means that much care is needed in choosing water source, especially that for spirit reduction.

Raw materials which have been poorly stored also contribute to geosmin. It is there usually associated with damp storage conditions (too high moisture content) which can allow fungus to grow. It is then strongly recommended to store raw materials with appropriate dry matter (88% for maize, 95% for barley and malt) in order to reduce this effect.

Whisky lactone, also known as quercus lactone, is produced when spirits are aged in casks. Its concentration will depend on the type of cask and how they have been treated. Though the name, whisky lactone is not limited to whisky or grain spirits.
It brings a characteristic odour promoting coconut, maple and sometimes nutty.

The odour threshold is approximately 0.5 mg/L; its concentration level in commercial products is in the range 0.6 to 1.5 mg/L for whiskys, and can be as high as 4mg/L in bourbons. 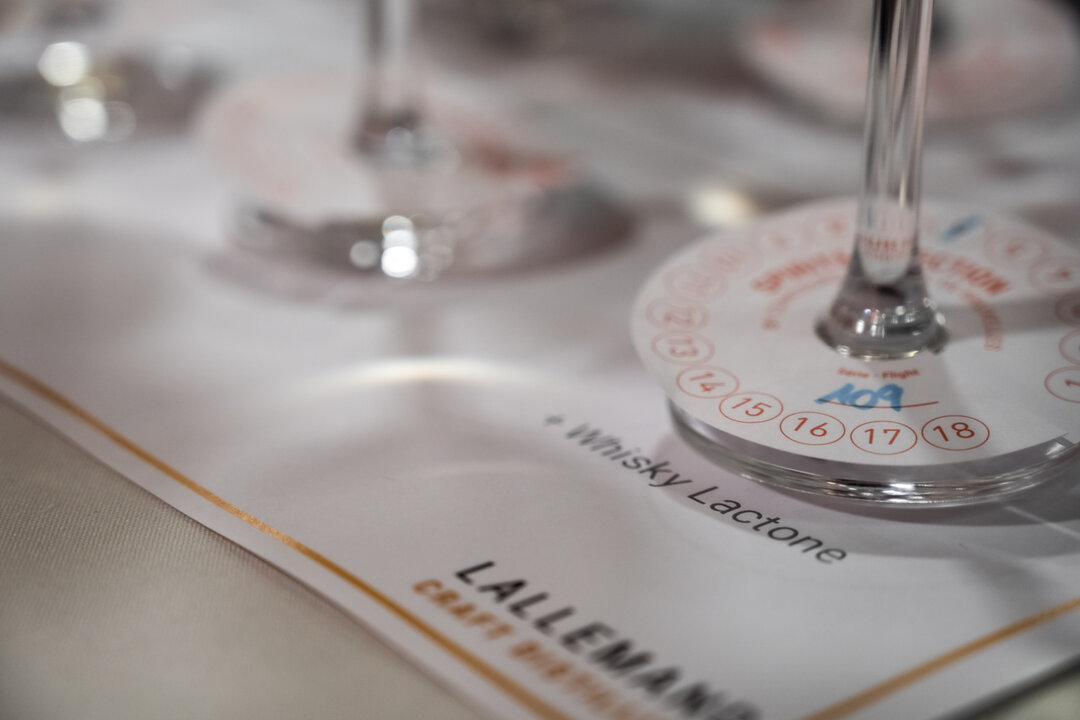