Rakia is significant for Bulgarian tradition because it is an inevitable part of every table. For the typical Bulgarian, a plate with a good salad immediately creates the “Pavlovs’ dog“ reaction of associating rakia. A salad without a rakia is like bread without butter.

Rakya (Ракия), sometimes spelled Rakia or Rakija, is the collective term for fruit brandies very popular in Central and Southeast Europe. Every country on the Balkans considers it as a national drink. And it is by far the first category of spirits consumed in terms of volume in Bulgaria, before whisky, vodka, rum and gin. While being basically the same drink, Rakyas are produced differently in each country, according to local tradition, availability and choice of fruit ingredients, method of distillation and legal requirements. Therefore, there are many different styles within this category.

Grape and plums are the two predominating kinds of fruits in making Rakyas; but fruits as apricot, quince, William pear, or raspberry are also widely used in certain regions. They can be divided in two subtypes: grape-based Rakyas and non grape-based Rakyas, here below refered as fruit Rakyas.

In Bulgaria, by law, grape-based Rakyas are divided into 3 subcategories: wine Rakya (obtained from a wine distillation, with or without lees), grape Rakya (where the grape skin is kept during fermentation), and pomace Rakya (from grape marc). However, despite these clear definitions, in practice most Rakyas are blends of various of the three categories, and often contain both oak matured, non oak-matured, wine-based and pomace-based Rakyas in the bottle.

Grape rakias are the most common eaux-de-vie in Bulgaria; the main part is produced by a number of big distilleries such as SIS Industries, Black Sea Gold, Peshtera, Vinex Preslav, or Slavyantsi. Other producers as Edoardo Miroglio, Château Copsa, Vini Sliven, Karabunar, Shivshtov Winery are also counting as significant producers. As far as fruits rakyas are concerned, Troyan and Isperih are the majors.

The preference goes for rakias made of aromatic grape varieties, such as Muscat Ottonel, Muscat Petits Grains, or Misket. These rakias are available everywhere in the country, from small shops to supermarkets, gas stations and restaurants. Bulgarian wine industry is quite strong, the country being a traditional producer of excellent wines since centuries. However, even if some Bulgarian regions used to be famous for the production of apricots (North East) and plums (Central), the fall of the communist era and the privatization of the industry have seen many distilleries producing fruit spirits disappear; and with them went the orchards, for the simple reason that it is more complicated and more expensive to produce fruit rakias than grape rakias. But a few distilleries persisted, and bulgarians are still big consumers of plum rakias, and to a lesser extent, fruit rakias of quince, apricot, fig or William pear.

In Serbia and Bosnia Herzegovia though, quite the opposite happened: never huge wine producers, the production cost of fruits and by extension of fruit rakias in these two countries is much cheaper. Orchards and raspberry fields can be seen everywhere, and the fruit distillates are more much more common than their grape counterparts.

The Balkan Rakia Festival was a great opportunity to showcase how diverse and of high quality the production of brandies, fruit brandies and liqueurs is in the region. A quality that has this year again been rewarded during the Spirits Selection 2021, as proven by their medals. 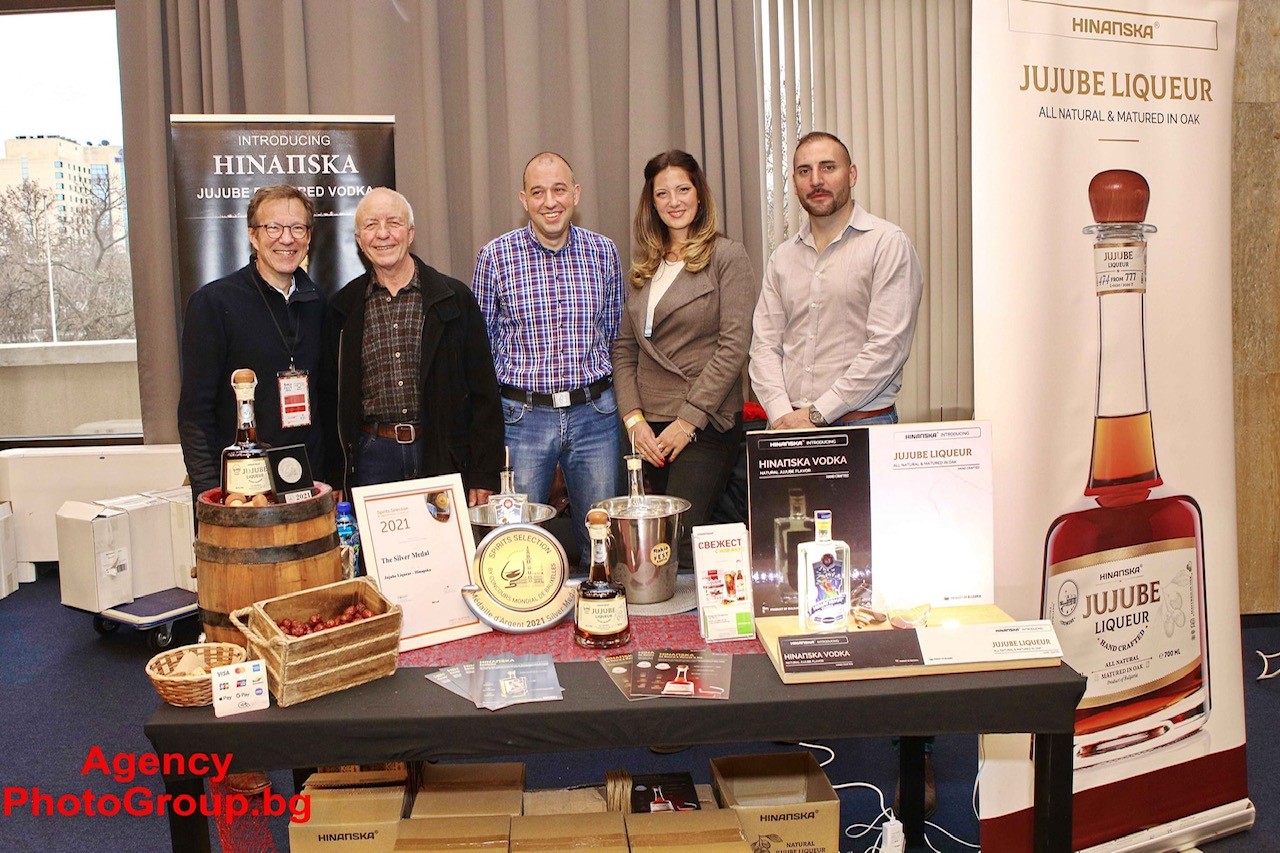 This new product is obtained of a six months maceration of Jujube dried fruits. These fruits are coming from the southern part of Bulgaria, next to the Greek border. Interesting to note that the fruit is very rich vitamin C. The fruits have to be dried before being macerated in alcohol, to concentrate sugar and aromas. An unusual liqueur that convinced the jury of the SSEL2021. 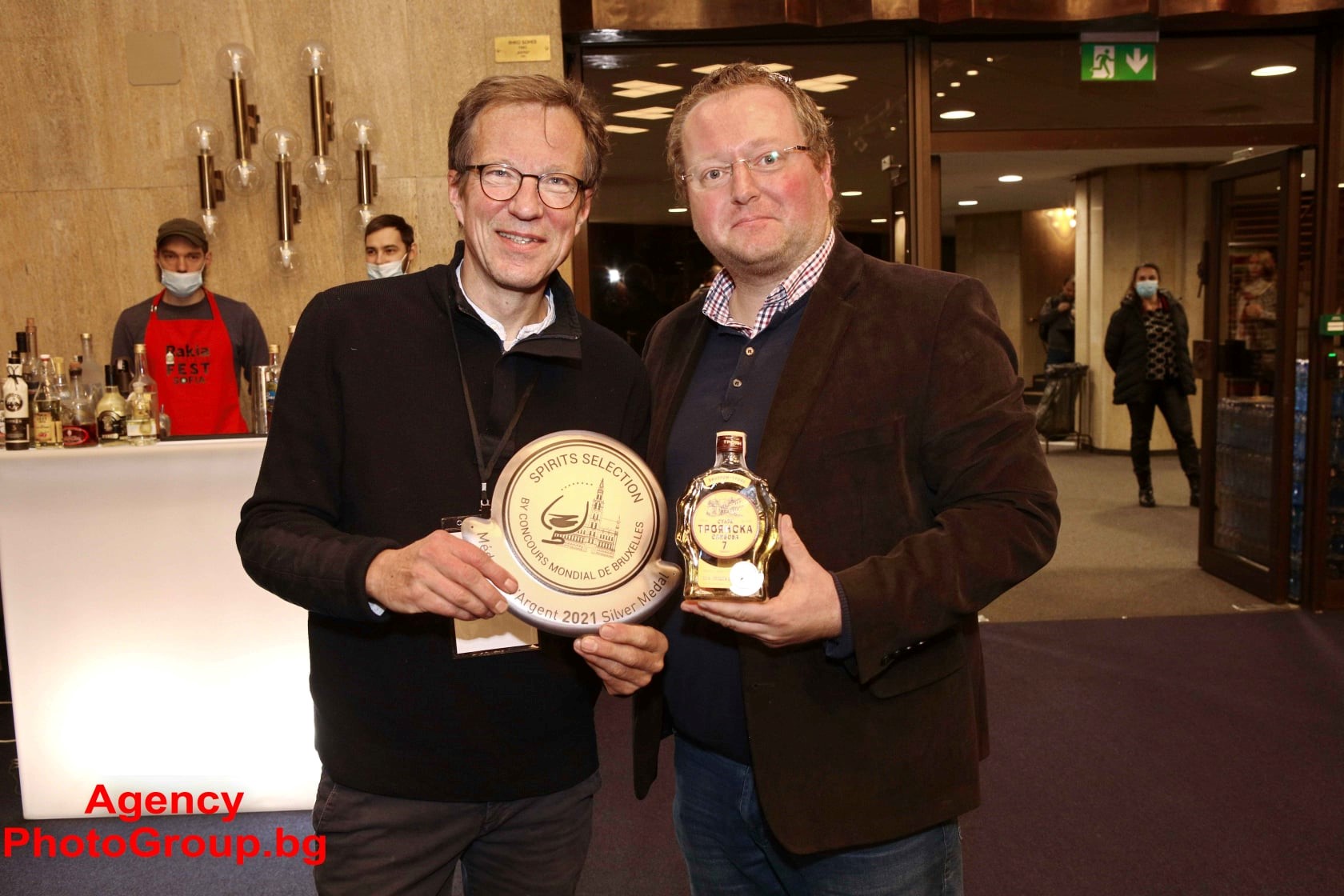 Strong of more than a 100 years of experience in the the production of plum brandies, Troyan is considered as the biggest producer of plum rakyas in the region, carefully selecting the varieties they work with.