The challenge of evaluating baijiu

The challenge of evaluating baijiu

Are international judges able to evaluate baijius, which are not part of their culture?

“The most celebrated baijiu is a stone pit-fermented style from Guizhou. It has a pungent umami bouquet reminiscent of several Chinese delicacies, like soy-marinated mushrooms and fish-flavored eggplant, yet to a Western nose they have an unmistakable barnyard quality,” says international baijiu expert, Derek Sandhaus, writing for Punch. “The taste of the mud pit-fermented baijiu of Sichuan, another popular style, is dominated by tropical fruit notes that perfectly accentuate the region’s numbingly spicy cuisine, but also has raised unflattering comparisons to turpentine among Westerners. Both styles are typically bottled at over 50 percent alcohol by volume, roughly a quarter stronger than most popular Western spirits. The added sweetness from the ethanol is welcomed by Chinese consumers, but leaves their foreign counterparts grumbling about paint thinner. 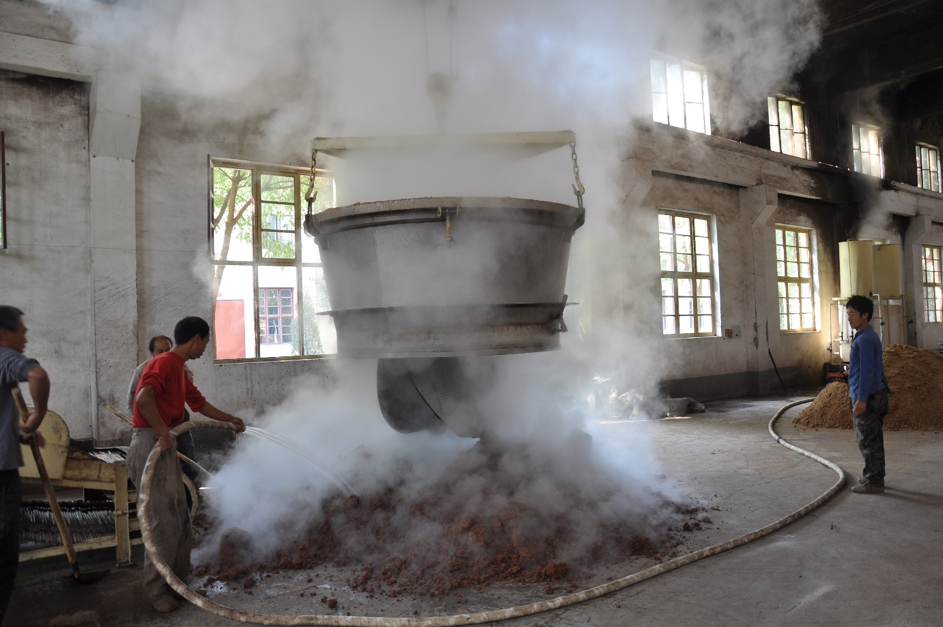 Cooling down steamed sorghum mash before mixing with “qu” for fermentation. (Fenyangwang distillery)

“When East and West talk about drinks, we are worlds apart. It’s not simply that we can’t agree on the language we use to describe flavors, it’s that we don’t even agree which flavors are desirable.”

The huge array of spirits available makes comparative tastings complex. It is impossible for a taster to be fully proficient in every category, some of them require a lifetime to gain an in-depth understanding. We are always learning and improving our skills. Concours Mondial de Bruxelles is unique in that it presents judges from across the globe with samples from every category.The organizers take pains to compose judging panels whose members have different backgrounds, and Chinese judges are spread throughout jury panels.“In 2018, jury members were drawn from 25 different nationalities. That prevents the dominance of any one person, and judges all tend to want to hear the others’ perspective. Everyone, despite linguistic difference, is heard out. They don’t converse until they have submitted a score and any advocacy for a higher score has to pass a stringent test”, says Robin Robinson, founder of Robin Robinson LLC, boutique consultancy dedicated to growing and sustaining small spirit brands in NY City. 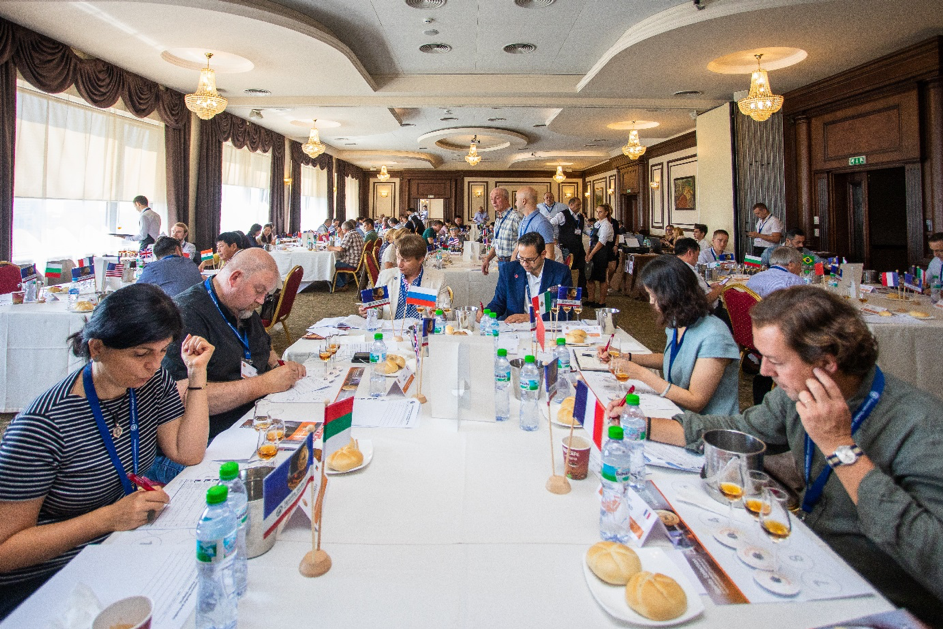 The organizers of the Spirits Selection take pains to compose judging panels whose members have different backgrounds, and Chinese judges are spread throughout jury panels.

Those with more experience of a category often volunteer explanations of common features, frequently encountered flaws, and evolutionary trends of the category for fellow judges at the table. This practice has always been useful and helps assure more satisfactory judgment.

The Spirits Selection by Concours Mondial de Bruxelles collects this valuable commentary and compiles it into Sensory Guidelines, which make it available to each member in the jury, and hopefully help them in their challenging task. Based on judges’ feedback and suggestions from one edition to another, these guidelines will improve over time.

There is a section for baijiu, which describes the typicity and a-typicity of the category and its sub-categories, along with their primary faults. An evolving version of this entry will be presented to all judges in a masterclass prior the event in Lvliang, during the 2019 edition of the Spirits Selection which will be held in China. Blind tasting of samples prepared by preeminent Chinese authorities will enable the judges to hone their judgement.

Some of our judges have taken part in several competitions, and they are more familiar with baijius today that they were five years ago.

“The spirits sensory guidelines for baijius are extremely helpful in making sure that attributes are considered typical rather than a flaw.”

It is important to note that despite different spirits orientation and culture, all jury panels manage to reach consensus for all samples. There are rules that underpin the valuation of each spirit, regardless of its origin and category. Indeed, this contest is organized primarily for consumers, and judges try to put themselves in their shoes. “I seek balance, for instance, between wood and natural flavours, between sweetness and bitterness… It is always this search for balance that guides me. When it comes to typicity, a-typicity and flaws, the spirits sensory guidelines for baijius are extremely helpful in making sure that attributes are considered typical rather than a flaw”, says Christine Croizet, expert in Cognac. 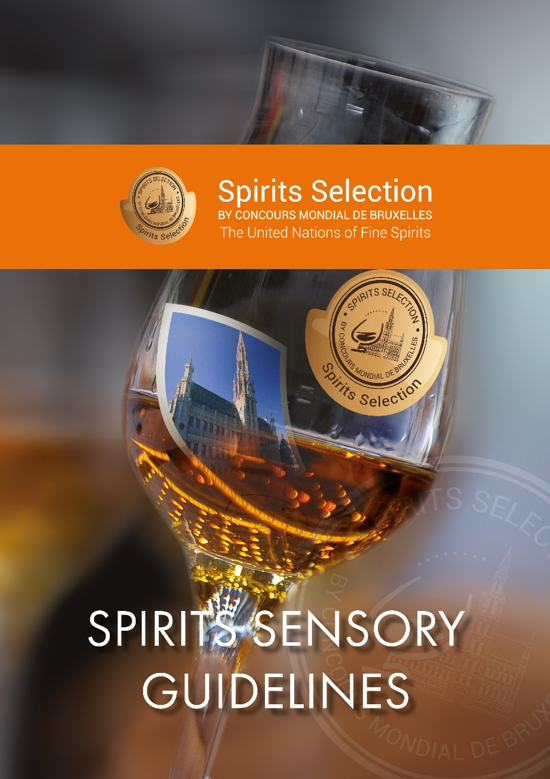 “The question is not whether you like a sample or not, but whether it is good or not, insofaras it is in line with the characteristics of the category.”

On this point, the judges, who are all professionals, always reach a consensus, whatever the category.It doesn’t matter whether we use the same descriptors. One day it will be necessary to translate into intelligible words for Westerners what a high-quality baijiu is, if China wants to see its favourite alcohol leave its borders. Chinese baijiu producers will also need the support of international judges to penetrate the international market.

Within the framework of the CMB, we have always favoured a more global approach, an approach that allows us to have a more international vision of tasting. The results of the competition can be disseminated internationally regardless of the spirit’s origin or the market in which it will be consumed. Our objective is always to guarantee quality to the end consumer, who is today a global consumer. 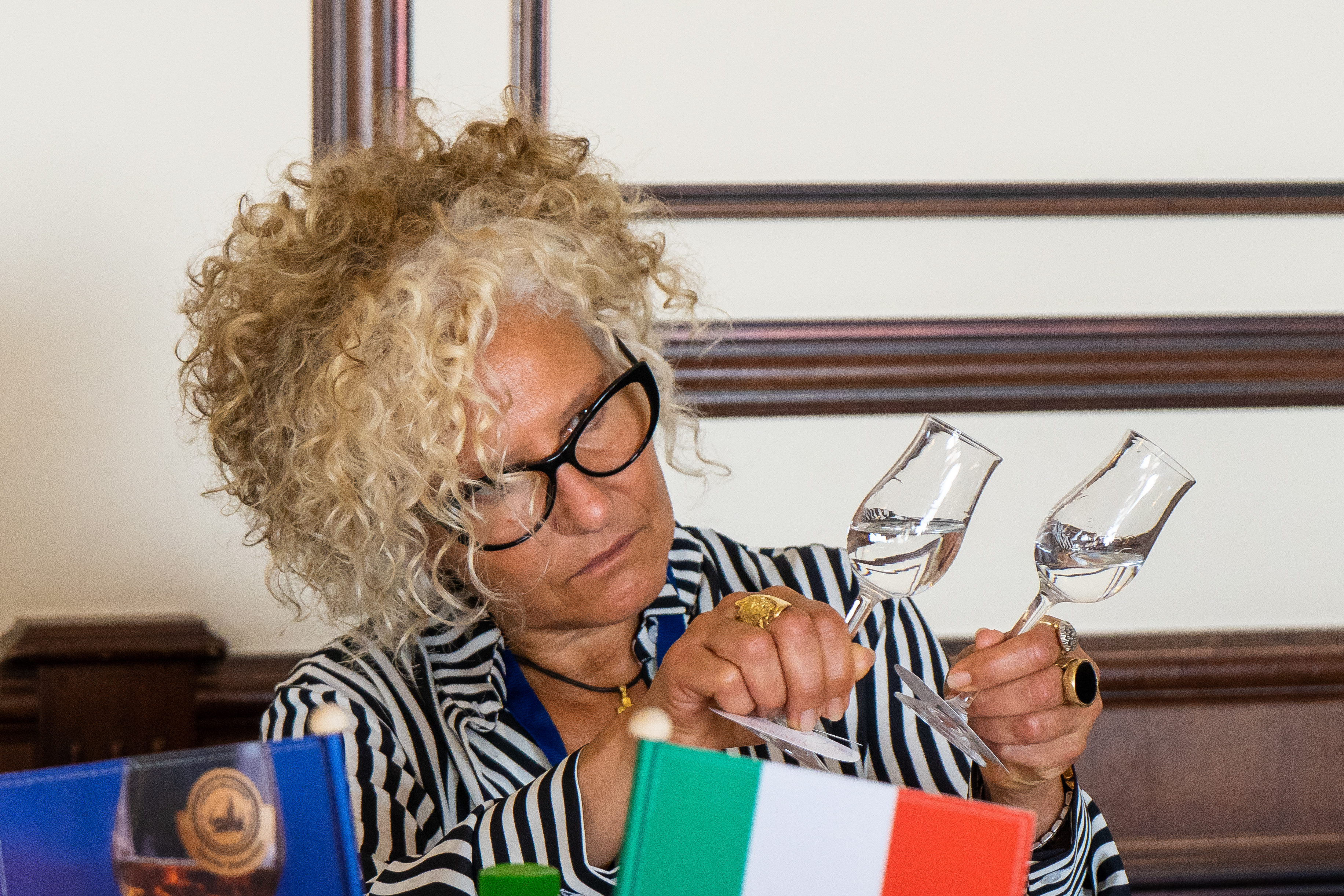 A flight of baijius – Spirits Selection 2018 in Plovdiv, Bulgaria

I would like to add that after many years of observations and statistical analyses carried out in collaboration with the University of Louvain in Belgium, experts have not found any significant difference in wine tasting ratings according to the nationality of the tasters who, I remind you, come from more than 50 countries. It is reasonable to assume that the same parity would apply to spirits.

We often compare baijiu to mezcal—the parent category that encompasses sotol, tequila—not so much in terms of production, but rather in terms of acceptance. If we look back 15 to 20 years ago, not only was mezcal practically unknown, but tequila was trying its mask its pungent character to be more accessible to the American and European palate. Premium and 100-percent agave mezcals were almost impossible to obtain outside of Mexico.

Ulric Nijs, who is a judge at the Spirits Selection remembers hosting a tasting sponsored by Pro-Mexico in the early 2000s, during which he introduced some very powerful, artisanal mezcals. Back then it was almost impossible to get people interested in category: The general consensus was that mezcal was rough, uncouth and a rite of passage in college fraternities, but certainly not a spirit category worthy of interest. Today, this tasting would have sold out in a matter of minutes! We learned to experience mezcal in all of its complexity, we started discovering Tobala and Tepeztate mezcals, and many people are now able to taste their way through a selection of mezcals and appreciate the nuances that every bottle offer. Obviously, this did not happen overnight. it took a lot of education from people passionate about the products who worked to break down the misconceptions surrounding the category. As you know, there were many.

It is clear that this will happen with baijiu. Yes, it is a tough spirit to approach, but then again so is an ester-heavy Jamaican rum or a 100% Tepeztate mezcal! Or olives or truffles or even coffee… the list goes on. However, through repeated exposure, curiosity or plain stubbornness, aficionado have started loving baijiu. These aficionado are now talking about this wonderful, over-ripe pineapple and sweet character of a strong aroma baijiu as opposed to the fresh sharpness of a Fenjiu.

While we may not use the same descriptive vocabulary of those who have grown up with the category, it doesn’t mean one cannot develop an appreciation for a particular spirit.

Can you imagine a world where our taste buds didn’t expand and develop? How boring it would be. 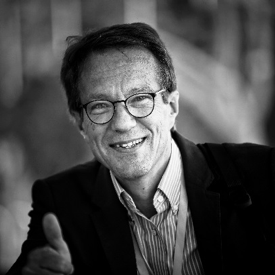 Author of the book « The Essentiel Guide of chinese spirits ». Co-founder of Ming River Baijiu and editor of www.drinkbaijiu.com