The spirit of China forever

The spirit of China forever

Baijiu is at the very core of the most noble and ancient Chinese craftsmanship. Produced by fermenting and distilling sorghum – a grain widely grown across China – the spirit has been made using age-old rituals for over two thousand years. It is an essential tipple at any party and a gift encapsulating the most noble intentions. It epitomises quintessential Chinese expertise and community spirit

Varieties of baijiu, or “white liquor,” are made from sorghum, rice, wheat or corn, potato… and can contain as much as 53 percent alcohol by volume. Baijiu production areas are distributed all across China. Due to the wide range of geographical conditions, social customs, climate, water quality, available raw materials and brewing methods, the resulting Baijiu products are vastly different in aroma and taste.

High quality baijiu is subject to traditional, solid-state fermentation and must be stored for a extended period of time.

Preparation of the “qu”, the saccharification agent :

In Western distilleries, saccharification is the result of the malting process (germination) of the grain during which enzymes are produced and/or released to cut the chains of starch.

In the baijiu production process, saccharification occurs by adding powdered “qu” and water to the ingredients. The “Qu” (pronounced “chew”) is a very distinctive Chinese invention. It is a mixture of mashed grains, sometimes containing Chinese medicinal herbs to enhance flavours or impart a therapeutic benefit, and mixed with water. The paste is moulded into bricks or balls which are then stored in warm rooms for a month.

Air-borne yeasts, fungi and bacteria contained in the air develop on this medium, and will produce among other things the amylase enzymes necessary for the saccharification process.  Some types of modern “qu” are inoculated with microorganisms cultivated in the laboratory. The bricks or balls of “qu” are then stored in a ventilated environment before using.

Qu can create subtle differences in taste and recipes are the most carefully guarded secrets in the industry. 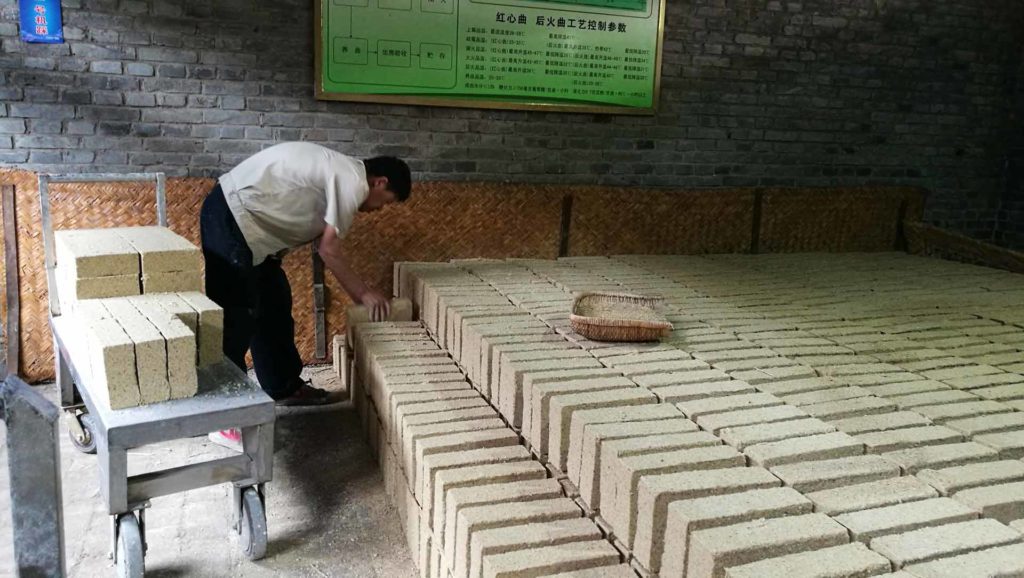 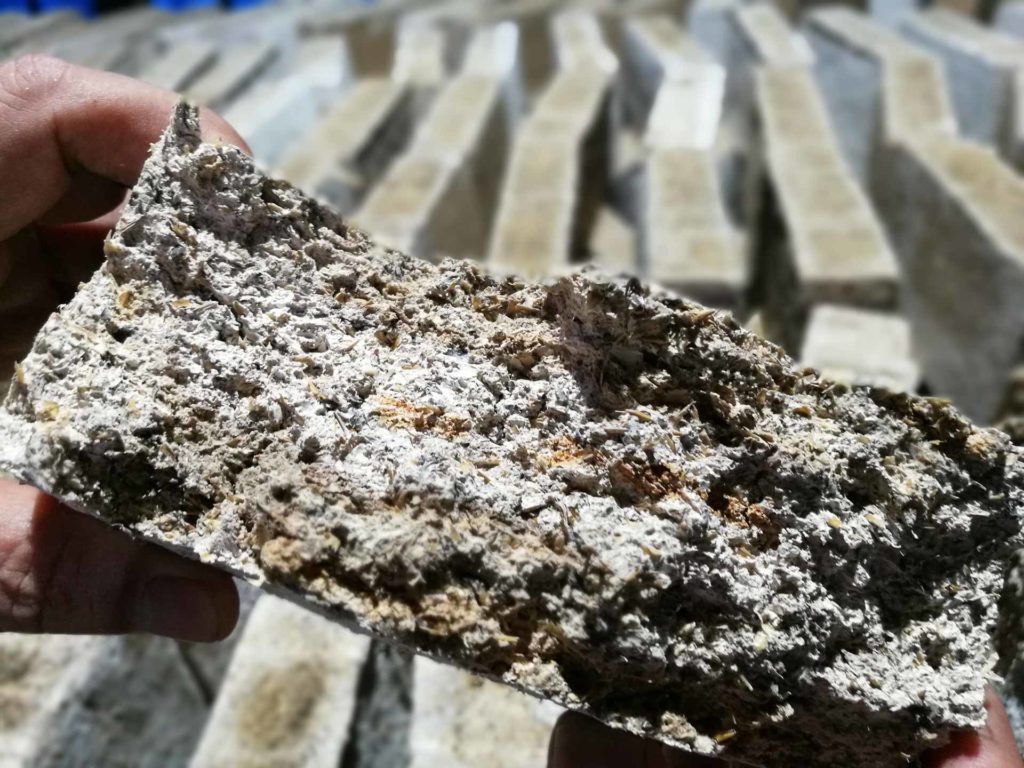 Fungi, bacteria and yeasts have developped into the “qu”. 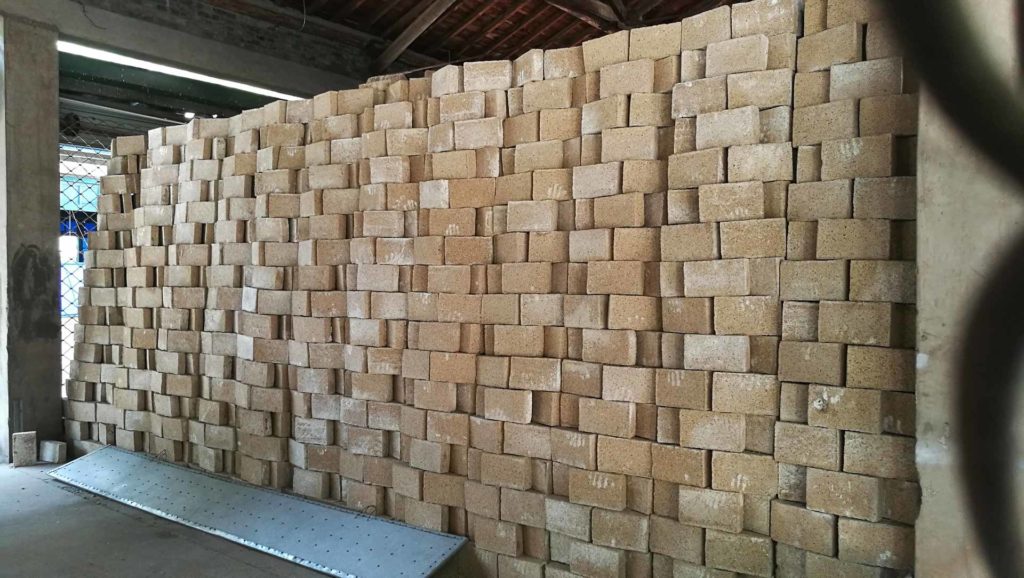 Bricks of “qu” are stored before using – Fen Jiu Distillery

The starch contained in the grains consists of amylose and amylopectin chains. In order for these chains to be transformed into fermentable sugars during the saccharification stage, the starch must be gelatinized. The starch-rich raw materials are generally cooked/steamed at high temperature, in order to break down the plant tissues and cells. The starch grains gelatinize after hot water absorption and become susceptible to amylase action.

The saccharification and fermentation process are merged. The “qu” is added to the cooked/steamed raw materials. Hydrolysis starts, which transforms the starch into dextrin, maltose and glucose. During fermentation, the released fermentable  sugars are transformed into alcohol by the yeasts occurring in the powdered “qu”.

Distillation is carried out in traditional Chinese stills. As it uses a solid alcoholic substance rather than a liquid one, steam has to be passed through the alcoholic mash to vaporise and draw out the alcohol. The alcohol exits the still at approximately 70°.

But for most baijius, the story doesn’t end here. Many producers then mix the distillate with the spent grain and fresh ingredients to restart the fermentation and distillation process. This can be repeated several times.

Most producers then store their baijiu in large earthenware urns in an underground cellar or dark room for at least a year or two, sometimes longer. The flavour matures and balances.

The way in which this fermentation process is accomplished is really what separates one baijiu from another. In the Shanxi province, the damp grain preparations are saccharified/fermented in ceramic buried jars. Shanxi Fenjiu is a classic representative of light aroma baijiu.

The local sorghum is crushed to a certain degree (finer in the winter, coarser in the summer). This type of crushed sorghum is called “Hongshen” (red grits) in the Shanxi Province. Supplementary materials like fresh rice chaff or rice husks can be put on top of the sorghum to be steamed together. 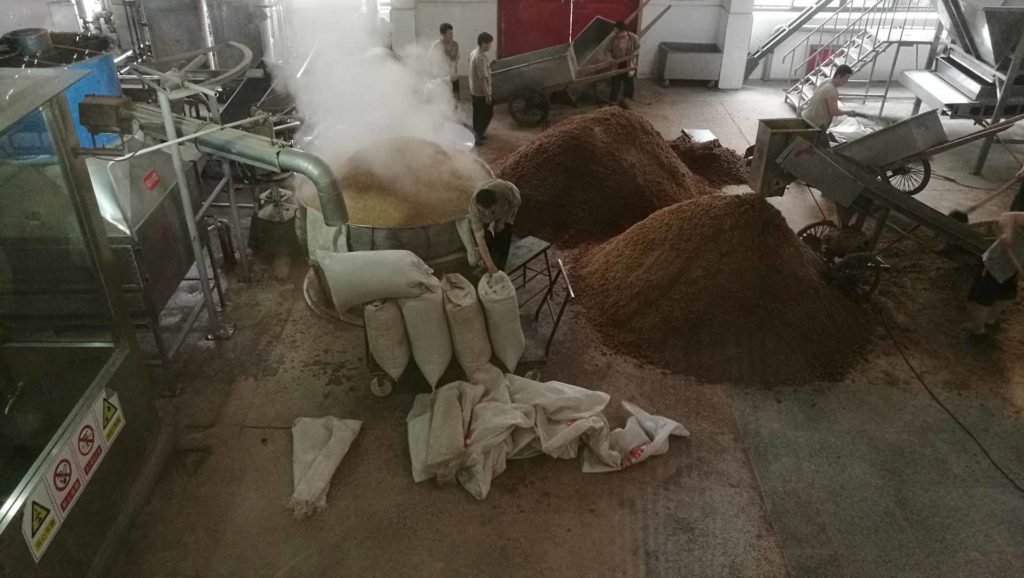 The Hongshen is then placed in a ventilated environment until the temperature drops to reach the given temperature for jar fermentation. Barley and pea are used to make the bricks of “qu”. After placing the “qu” in the jar, fresh rice husks are spread along the jar walls, and the jar is sealed with slabstone. The fermented mash is distilled, the head is stored separately, while the heart is stored by grade, and part of the tail is returned to the undistilled mash for control continued distillation. In order to make full use of the starch in the raw materials, the undistilled mash needs to be fermented a second time. The second round is basically the same as the first round. 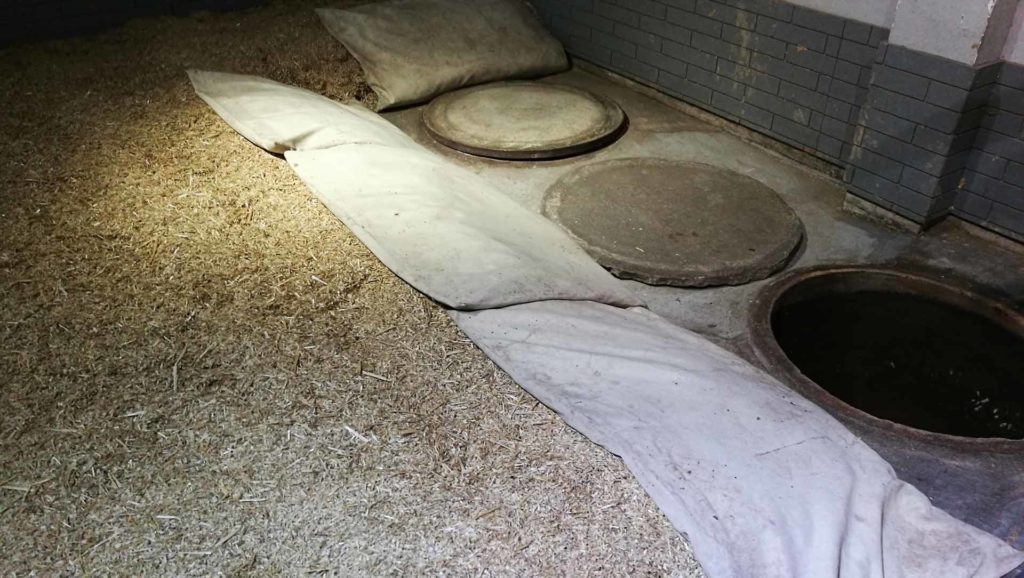 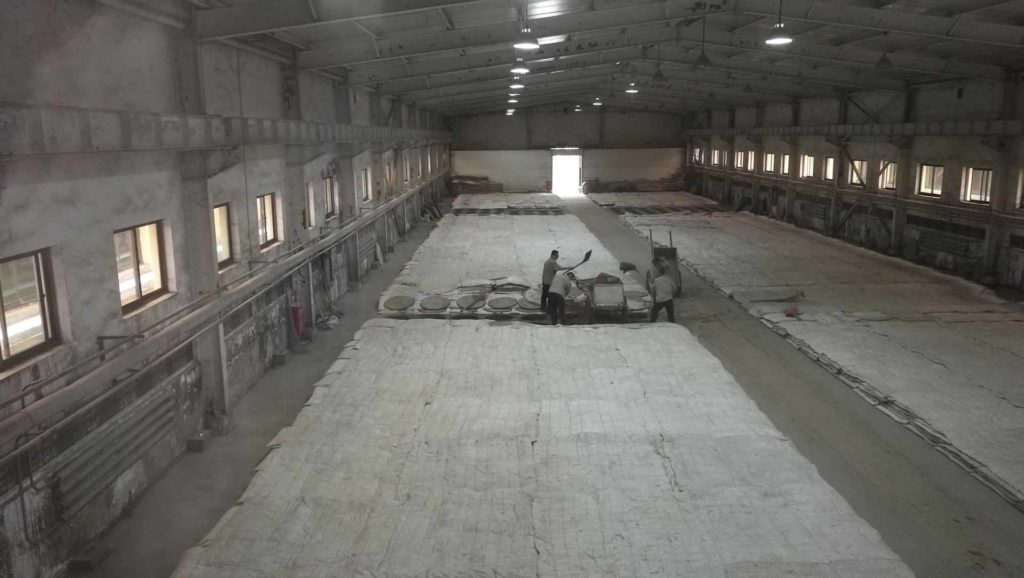 Distilled alcohol is separated by group, batch and grade, and then mixed/blended according to certain proportions to make top-grade or qualified liquor. Light aroma baijiu is soft, with a sweet, mellow, natural and harmonious taste. It combines the aroma of ethyl acetate and ethyl lactate, and contains a very high amount of succinic acid. The balanced quantity of ester aroma ensures that the alcohol does not take on a peculiar smell.  It has a clean and lasting taste.

International beverages consultant and owner of Bar Face Consultancy. Over 25yrs experience in most aspects of the beverage industry.