For its 20thanniversary, the itinerant  competition of the Spirits Selection by Concours Mondial de Bruxelles  took place in Fenyang – China, from 23 to 25 August 2019.

This year’s competition saw 48 Grand Gold Medals awarded. Baijiu, the national and traditional  alcohol of China, stole the show by winning 13 of them. China also got 3 Revelations, which are awarded  to the most qualitative and innovative grand gold medals that underscore the market trends.

Baijius are the undisputed leaders of the competition 2019 awards list, coming away with 191 medals. Considering the number of Baijiu entries this year, which accounted for more than a third of the total, this makes sense. Their (over)representation in the competition should, however, be put into perspective as 35% of spirits consumed worldwide are Baijius.

The involvement of the baijiu industry and their participation to the competition was unprecedented in the history of Spirits Selection. China was this year the number one country in terms of number of samples. « Spirits Selection has always been committed to explore and promote the baijiu category” said Thierry Heins, in his speech during the awards ceremony, in front of a panel of thousands of people and  the province political authorities. “The competition has in recent years become an excellent gateway for Chinese spirits to the western markets. To see fifty different expressions of baijiu in one tasting would be impressive, but Spirits Selection always has had hundreds over hundreds. This year alone, more than six hundred baijius have competed. This amount of entries highlights the trust that has been given to this competition” he added. 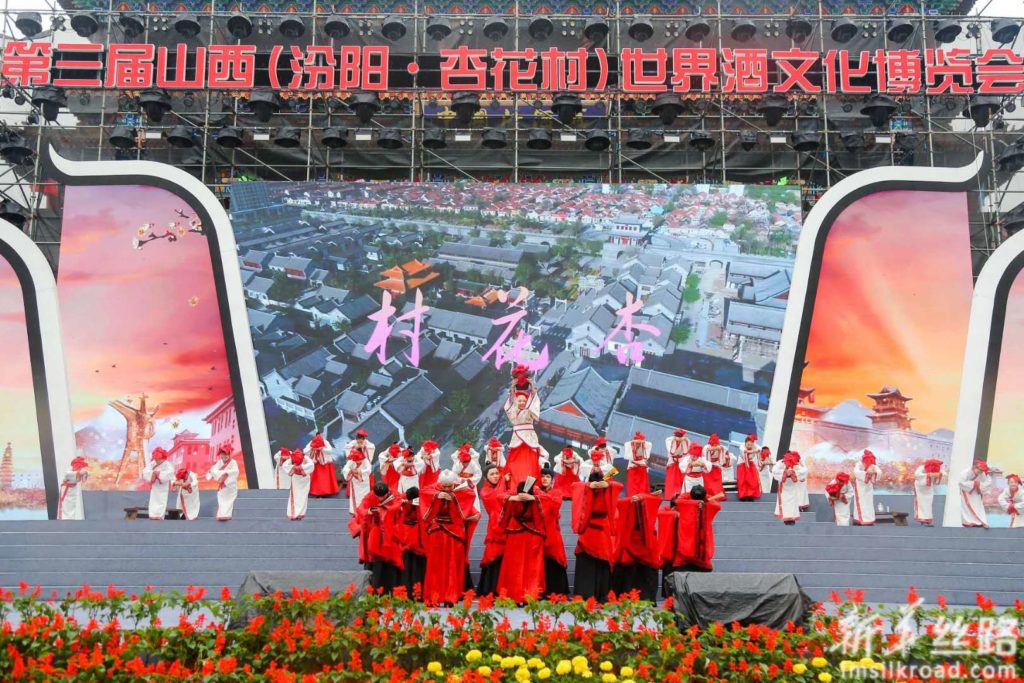 The categories of baijius with light and strong aromas were prominently represented in the competition, with 171 and 169 samples registered respectively, followed by the category of sauce aroma baijius, with 117 samples.

Shanxi province, known for its production of light aroma style baijiu, wins the most medals, with 34 awards. Then comes the province of Guizhou, whose specialty is sauce aroma baijiu, with 30 medals, followed by the province of Sichuan, with 22 medals. The latter produces both baijius with strong and sauce aroma. Beijing (light flavours) wins 18 medals, Shandong province 17 medals and Henan province 15 medals. 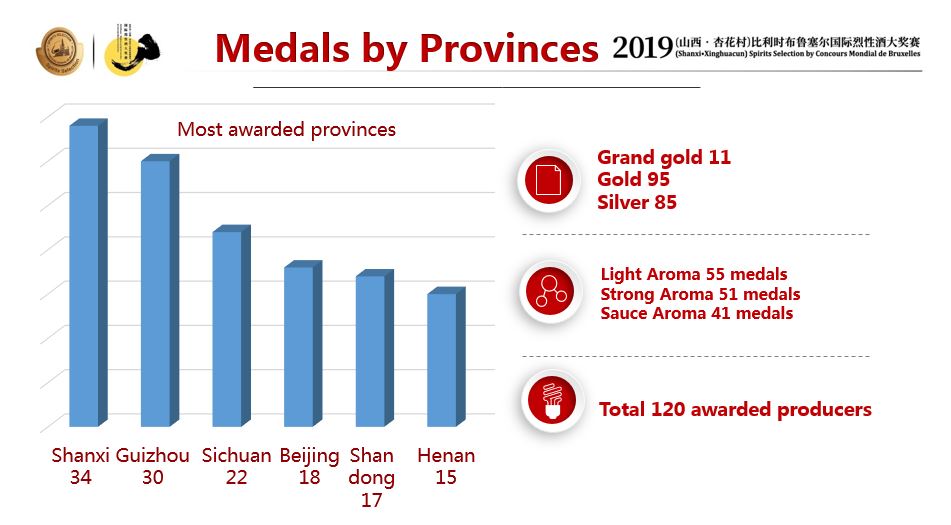 The medals were presented by the Mayor of Lvliang, Mr Liwei Wang, the Mayor of Fenyang, Mr Xiadong Wu, and Thierry Heins, to 84 producers out of the  120 winners who responded to  the invitation and made the trip to Fenyang – Xinghuacun. 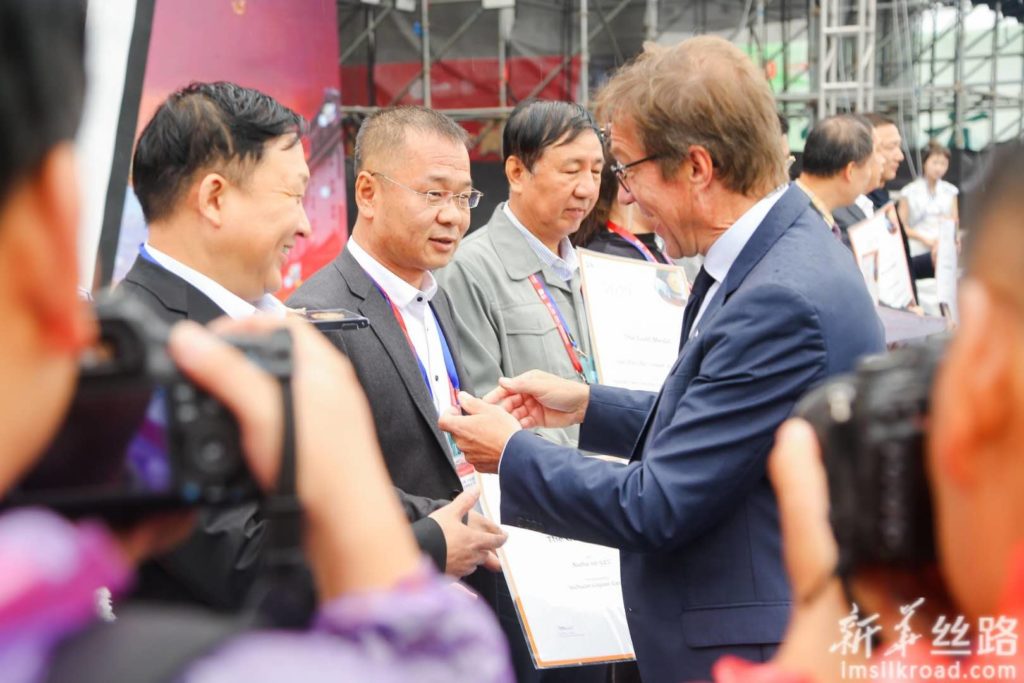 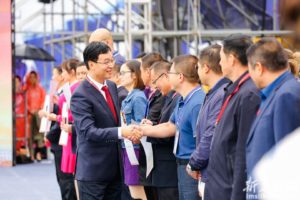 A celebration lunch followed the ceremony with the customary ganbei style. All producers brought their own bottles, a lively representation of the different aroma styles, and a good opportunity to learn from what the others are doing.

And last but the least, a grandiose show, as only China can organize it, mainly sponsored by Fenjiu Group, was given in the evening, in the city of Fenjiu, to celebrate the 3rdedition of the Wine & Spirits Expo. This kind of event is highly appreciated by the population, where people feel bounded together to the same cause. 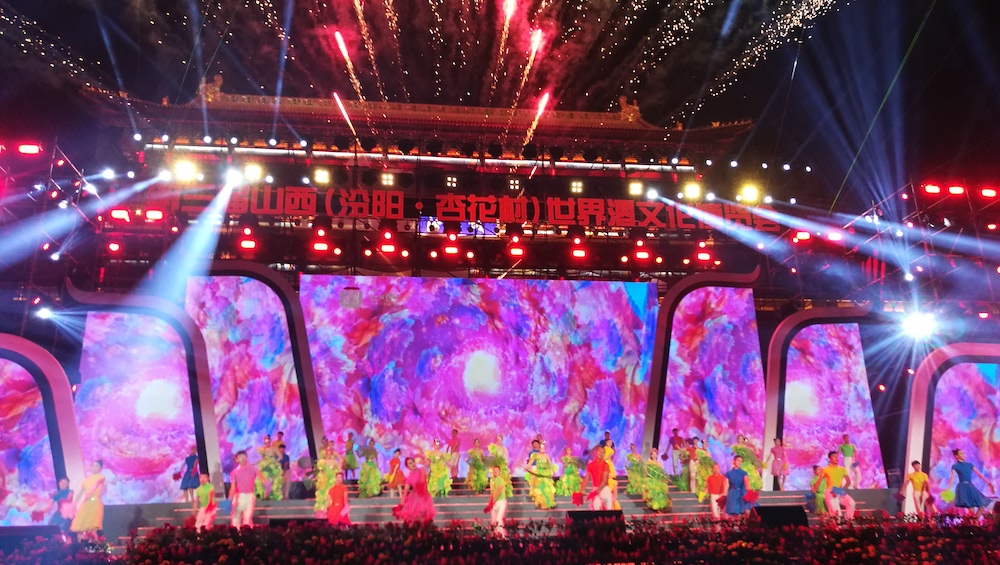 Thierry Heins concluded by  thanking the authorities of the Shanxi Province and the Fenjiu Group, for having removed all obstacles and made the event a success and upheld the reputation of quality that comes with the Spirits Selection. It was a formidable birthday and a memorable edition !

The 2020 edition of the Spirits Selection will take place in Colombia, on August 18-21.