Spirits Selection is not only an event to judge spirits, it is also a place to learn something new, even for the most experienced taster. On day 1 of Spirits Selection by Concours Mondial de Bruxelles 2019, which was held in Fenyang – China, the educational workshops started with an exciting demonstration of the similarities and differences between two famous French brandy categories. Curated by Marc Darroze, chairman of the  national Armagnac marketing board BNIA and owner of Armagnac Darroze, and fourth-generation Cognac distiller and oenologist Olivier Chapt, it did not only present the technical and historical aspects of producing Armagnac and Cognac, talking about regulations, distillation details, grape varieties and ageing, but also presented an exciting comparison of single grape varieties of these brandies to the international and Chinese judges. 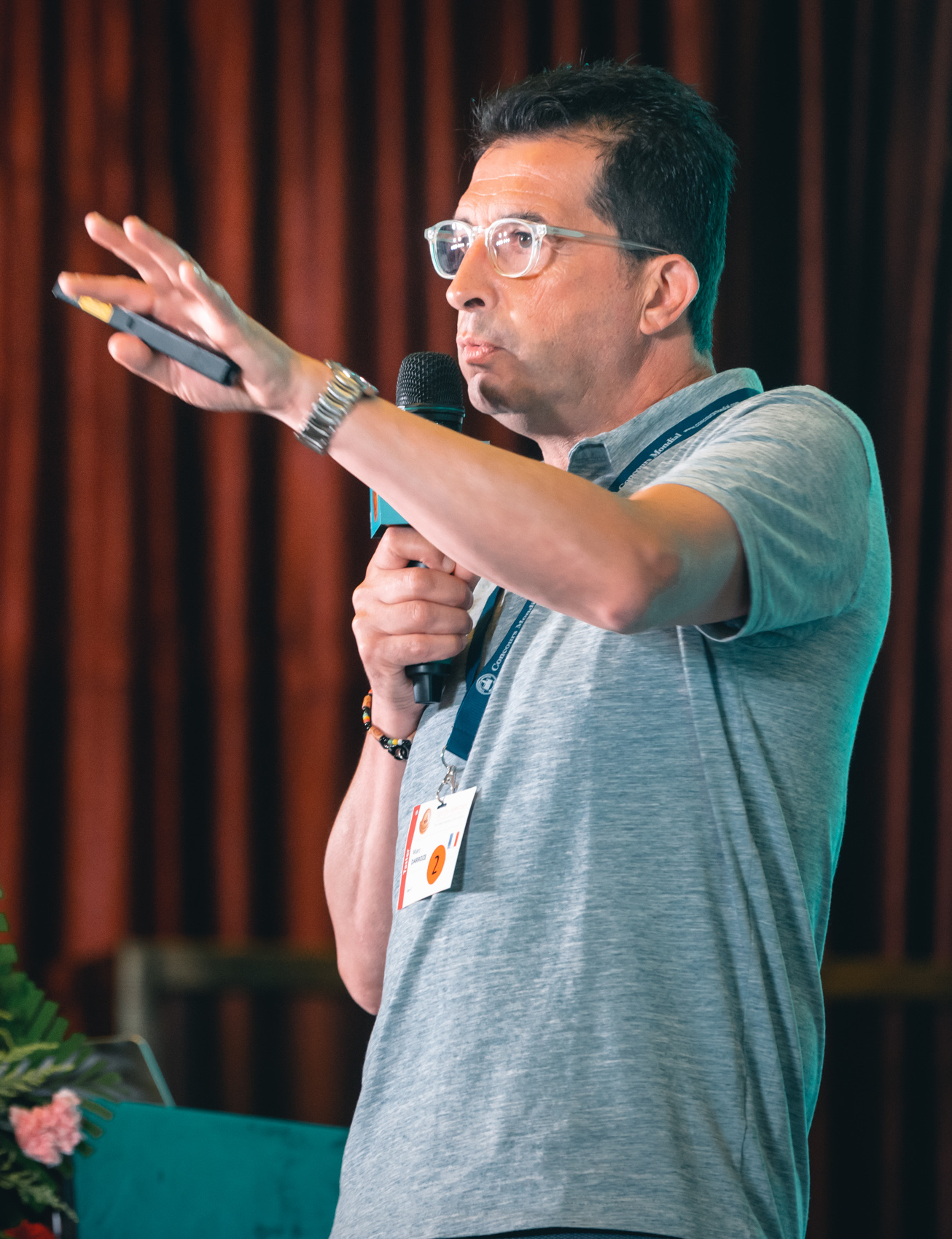 There are many similarities between the two appellations: except for the Baco variety, which is specific to Armagnac, Ugni Blanc, Colombard and Folle Blanche are found in both Cognac and Armagnac. But what is the influence of the soil, the climate and of course the distillation techniques (column in Armagnac versus double distillation in Cognac) on the aromatic and flavour profiles of the two appellations? To find out, Marc and Olivier offered a comparative tasting of single grape variety distillates, which were at most 2 years old in order to avoid the influence of oak as much as possible. 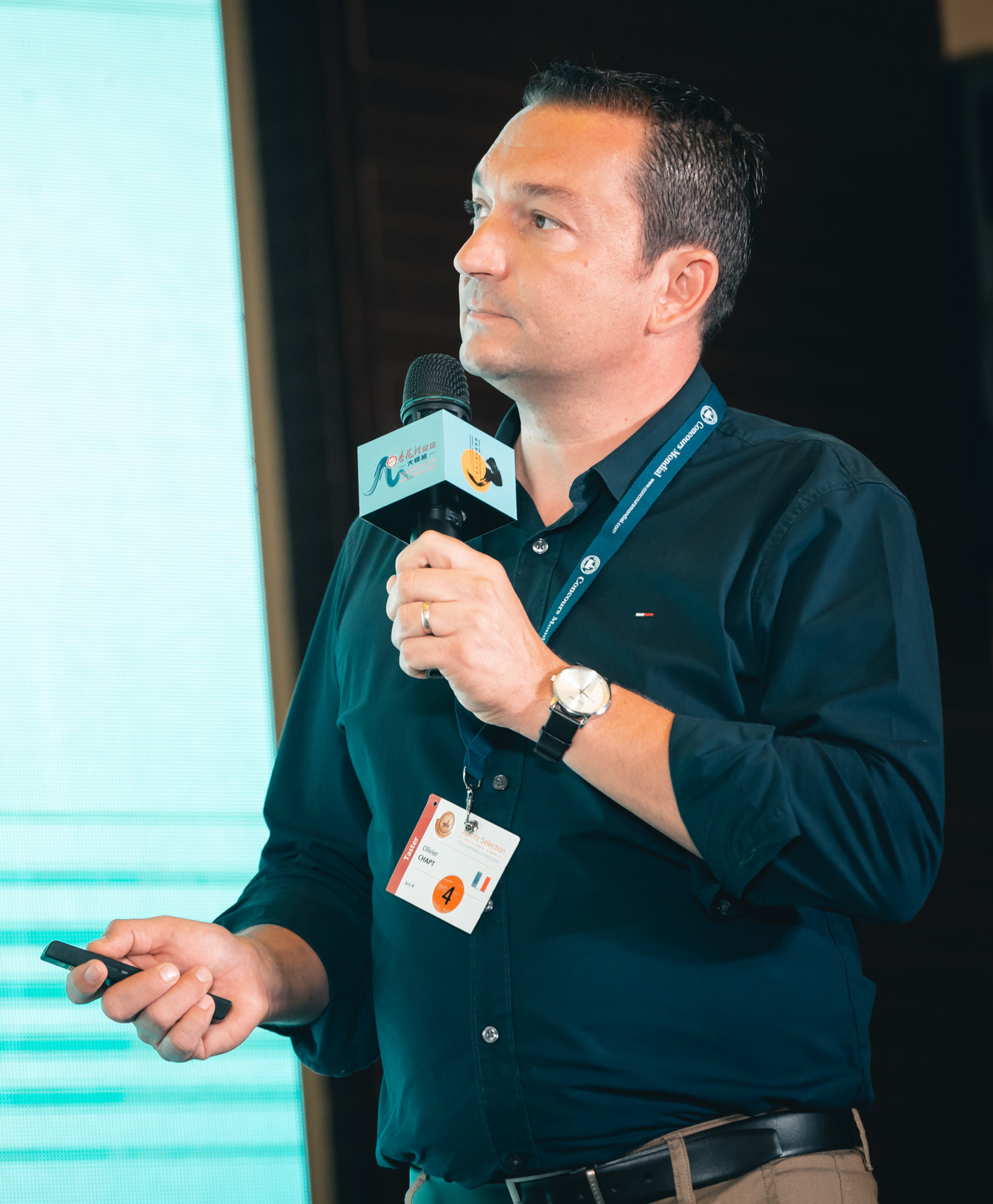 First, the 2018 Vintage Darroze Bas-Armagnac Folle Blancheat 56% ABV and Chapt Grande Champagne Folle Blanche 2018 Harvestat 71%, showed the elegant and feminine characteristics of this now rarely used grape variety (though it was very popular before the phylloxera crisis) in the two different interpretations that Armagnac and Cognac offer. Then, a similar comparison followed for Ugni Blanc, the archetypal Cognac grape (98% of all Cognac is made with this variety) – Darroze Vintage 2018 Ugni Blanc Bas-Armagnacat 54% versus Chapt Grande Champagne Ugni Blanc 2018 Harvestat 71% ABV. Another grape that can be used by both spirits categories was featured in the third flight. Here, Chapt’s Colombard Cognacat 70.5% highlighted the grape qualities by pitting it against Comtes Gilles de Boisseson Bas-Armagnacat 54%. It is worth mentioning that in Armagnac, this grape variety is rarely used, and is mainly for blending. Finally, a variety unique to Armagnac hinted at its singular character: Baco is well-suited for lengthy ageing and creates a sweet yet earthy profile. Marc Darroze’s passion for the category clearly stood out when he presented this grape with his Darroze Baco 2018 Vintage. 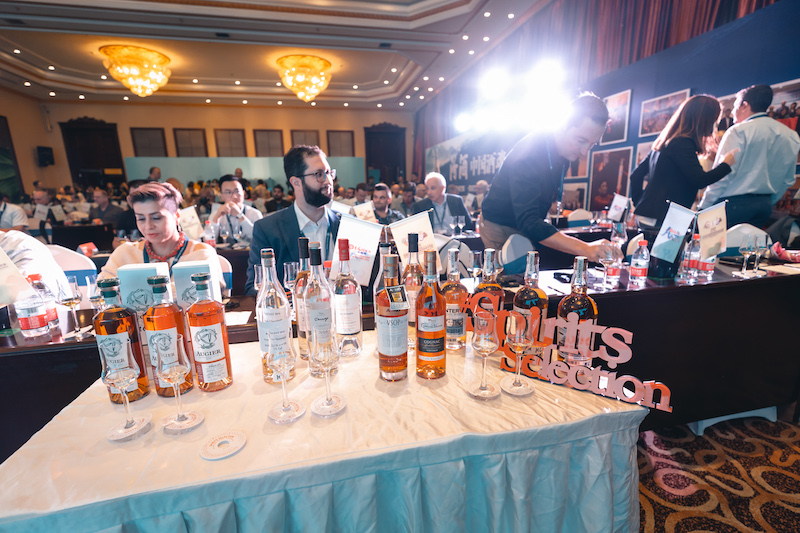 The presentation was rounded off by innovative experiments by Distillerie De La Tour, a leading French producer and shipper of wines & spirits based in the Cognac region. Distillerie de la Tour runs 21 pot stills holding 2,500 liters each of Cognac. It also runs 3 column stills for brandies and vodka, confirming that innovation has been part of its DNA since its inception. Few brandies refer to the varietals, though brandy regulations are less restrictive than for Cognac: the distillery has therefore decided to produce a range of brandies under the Monteru brand from grape varieties that are more suited for wines, but distilled in pots stills.

Olivier Chapt presented his Single Grape Brandies: samples of the Monteru Chardonnay, Sauvignon Blanc, Merlot and Cabernet Sauvignon, all of them double distilled in pot stills at 41.3% and carefully aged between 1 and 3 years to limit oak influence, were available for judges to taste. They confirmed that the grape variety creates astonishing differences in distilled spirits: when comparing white varieties, Chardonnay produces a very rounded spirit with very subtle aromatics, while Sauvignon blanc yields a very expressive, vivid product, with substantial fruit-driven length.For red varieties, a Merlot-based brandy shows a characteristic red fruit nose, aromatics and brightness on the palate which is powerful and sweet, while Cabernet-Sauvignon results in a brandy where bell pepper, spices and vegetable notes define the nose, with a stronger tannic mouthfeel and less fruit notes than its opponent. This highly educational tasting highlighted the qualities and characteristics of each variety when used in winemaking.

After the judges’ discussion that followed, the verdict was unanimous – this was an amazing and highly interesting presentation, both in its structure and execution. And it was another highlight in the series of Spirits Selections masterclasses.