Ulric Nijs discusses the main challenges facing baijiu on the Chinese market to maintain its leading position as a consumed spirit but also on the international market to break through.

It is difficult to talk about Baijiu without using any superlatives; singlehandedly the biggest spirit category in the world; in 2016 the total production accounted for around 13.6 million kiloliters – I personally cannot imagine that kind of number.

But in spite of its mind-boggling volume and value, is Baijiu facing an identity crisis? China is changing rapidly, and with these changes comes a shift in consumer’s attitude. This shift could be problematic for a category such as Baijiu; it relies almost entirely on its home market for survival. Considering that Baijiu represents over a quarter of the global spirit consumption, it occupies only 0.8% of international market share. This dichotomy between home and away is unheard of! Therein lies the issue of survival for this spirits that is slowly catching the attention of spirits aficionados across the globe.

Can Baijiu adapt and shift its business model to a more export orientated product? Are the barriers for adoption too great for the world to jump on the Baijiu “trend”? or is Baijiu destined to radically change its DNA to survive in a changing market?

As a bartender, spirit ambassador and beverage consultant for 20+ years, Baijiu has fallen in and out of my radar on many occasions, but it has never been so predominant as it is today…

Since 2017 (I think) the 9thof August has become “world Baijiu Day”; celebrated author and bartender, Gary Reagan, announced he will be getting involved in the category – becoming the first celebrity “early adopter”; and more and more bartenders are curious about the baijiu and are seeking to adopt it in their beverage programs. These are all great news for the image and reputation of the category, and one could be forgiven for thinking that there are rosy days ahead for baijiu drinkers, but I am not so sure that this is the case!

Let’s look at it in a purely pragmatic way; the “Gānbēi Brigade” is coming too late to the party and should have been closer behind the “Jägerettes” to be effective. Global drinking trends are shifting enormously, the craft and hipster culture has caused a fundamental shift in the way we perceive and consume alcohol. Millennials are now drinking less but better. They favor experimentation, locally produced and environmentally responsible products, and tend to adopt a heathier lifestyle. The traditional Gānbēi consumption of Baijiu is no longer a viable path to adopt for development and growth. I would argue that if Baijiu had been earlier in the game, and adopted an international strategy the likes of Jägermeister, we would be in a very different place today. After all, it has all the necessary traits to become a “ritual” or a bartender’s handshake the way Fernet Branca has become. 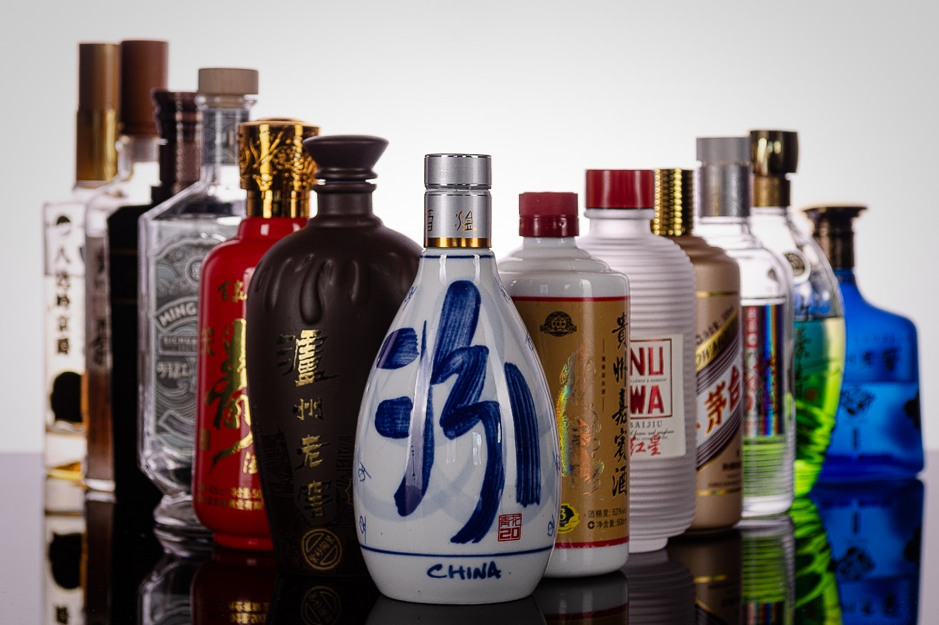 Even Jägermeister has had to reinvent itself as a cocktail ingredient to sustain volume and ensure that they would not alienate new consumers, already on the wagon of the craft cocktail scene. Believe me, as an ex B.A. for Jägermeister in the middle east, India and the sub-continent; seeing a Jägermeister-branded mixing glass and bar spoon is still a bit of a shock! However, unlike Jägermeister, Baijiu is still a niche product outside of China, and therefore lacks market penetration to be able to set any trends that would positively affect the current “home/export” balance.

Тequila is mixed in margaritas, cachaça is used in caipiriñhas, vodka is served in Moscow mules, gin is drunk with tonic water and bourbon in old fashion’s etc… but what about Baijiu? Is Baijiu’s future as a cocktail ingredient? Unfortunately, at the moment the pricing of Baijiu fundamentally inhibits large scale adoption in mainstream cocktail bars; but instead, its place seems to be reserved in highly specialized establishments with extensive cocktail programs and prices to reflect this specialization; not in high-volume/high-profits outlets where it needs to be for growth.

Baijiu has a unique attribute, in that it cannot be pigeonholed! From the pungent Hampden Estate-like strong aromas Baijiu, to the umami character of MaoTai, to the liquid steel-sharpness of Fenjiu

Тhere is a diversity in the product that goes well beyond the usual age statement or barrel types that normally differentiate products within a category. This diversity should lend itself very well to adoption and experimentation, but unfortunately that is not currently happening. Primarily because, for many non-initiated, Baijiu is a product rather than an encompassing category of products. ShoChu in Japan offers a similar conundrum and has many similarities with its Chinese counterpart and like Baijiu, Shochu has difficulties creating a market away from home. 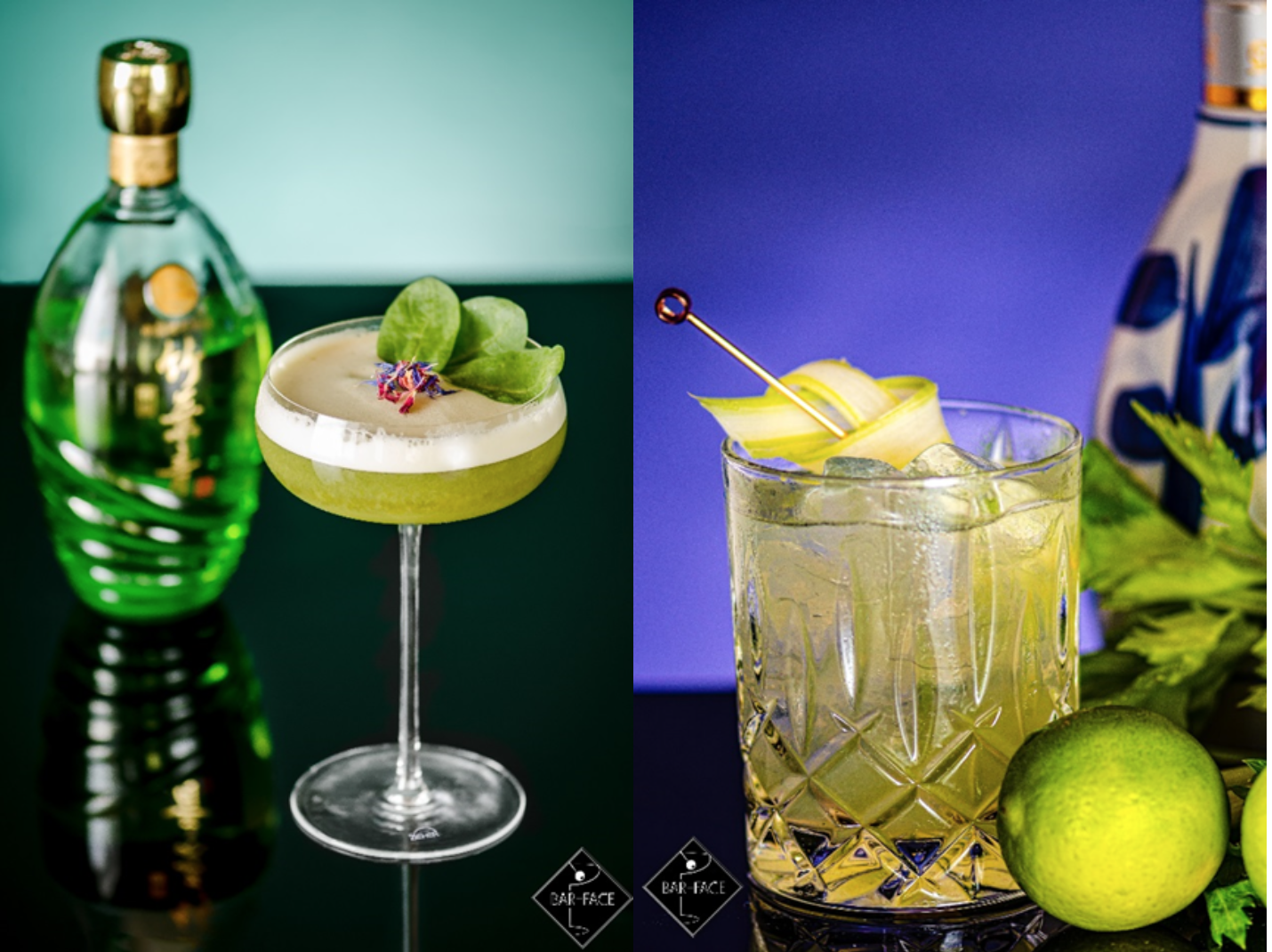 Baijiu’s future in export markets is not quite as “adapt or die” as many may think… Indeed, while Baijiu is by no means a new arrival in the word of spirits, it is a relatively new entry in the western palette, and as with all new entries, it needs to be cherished and nurtured to maturity. Here lies the importance of the “equity delivery vehicle”: it becomes a mean of breaking down the obstacles of consumption (unfamiliar organoleptic characteristics) and recruit new consumers. Luckily for Baijiu, we currently have no shortages of liquid creativity. The present cocktail revival is beneficial for Baijiu, as it is becoming the last mixology frontier and a bartender’s badge of honor to be versed in Baijiu! I am pretty certain that the Chinese equivalent of the Margarita is not too far away!

In January 2018, the Ministry of Commerce of the People Republic of China published a book about Baijiu and looking at the consumers trends within the category. A key take-away from this analysis is

Because of its ageing consumers, and considering the changes that we previously discussed, it is not only important for Baijiu to develop a coherent export strategy, it is also essential to provide some TLC at home! According to the document, 53% of daily Baijiu drinkers are 45 years and above and recruitment efforts are not very successful among Chinese millennials. So, are lower ABV Baijiu the answer? Jiangxiaobai is one of the brands that has been able to capitalize on the appeal of the lower ABV and shifting consumers trends. The purist in me hopes that this trend will quickly fade away, but the marketeer in me is watching these developments quite closely, as the parallels are obvious: “Low/No’s” are here to stay and Baijiu could carve itself a nice little niche, as a pungent, flavorful alternative to the mainstream.

One thing is for certain, is that Baijiu is an exciting category and it currently stands at an interesting cross-road.

To the left, the development of mainstream, “hybrid” baijiu’s with an international appeal that would work as a flag-bearer for the category as a whole. To the right, the continued development of the category as the spirit of China with a premium image and a strong flavor. The first option is probably the easiest one to accomplish, whereas, the second option will require continued efforts and improved focus in consumer education in order to break the misconceptions of the category. This is very hard, but not impossible; the success of Jägermeister and of tequila are indications that this is certainly do-able, but it will not happen easily. It will need a razor-sharp focus, deep pockets and dedicated ambassadors…

Baijiu has all the necessary elements to succeed as an export product. It has craft, it has heritage and it has that little “je-ne-sais-quoi” to titillate everybody’s curiosity. How it will succeed becomes the proverbial million dollars question!