What does stave wood production involve? What is the difference between pedunculate, sessile, American, coarse grain and fine grain oak for producing spirits? We discuss the options with Merrain International, an Independent Save Company subsidiary and one of France’s largest stave mills, located in the Vosges area of Eastern France.

Oak trees are part of the Fagaceae family. Some 600 species of oak are known around the world, 27 of them in Europe. In French forests, pedunculate oak (Quercus robur) and sessile oak (Quercus petrae) are the most important for the forestry industry. Most of the time, they grow in mixed plantings of forest stands within the same blocks, despite the fact that sessile oak is more at home on deep, dry to cool soils, whereas pedunculate oak tends to prefer soils with stagnant water and variable humidity, such as alluvial areas.

“Most of the time, sessile and pedunculate oak grow in mixed plantings of forest stands within the same blocks”

As a species which thrives in full sunlight, oak trees grow at significantly different rates depending on the region or field. In the closed forest stands used for forestry, oaks form a domed crown at the top of a long, often rectilinear trunk bereft of branches and covered with a grey-brown bark with long, deep, regular grooves. These oaks can reach heights of up to 40 metres, with sessile oaks standing taller than pedunculate oaks. In public parks, oaks do not grow as tall and have a broader crown.

Manufacturers are primarily looking for straight, tall logs that fit with barrel making requirement. Forest stands are therefore managed as high forests, a technique where there is competition between the lower branches due to dense stands, forcing the trees to grow tall in search of light. The oaks thus develop fewer lateral branches, which lead to the production of knots and downgrade the quality of the logs. This is an essential criterion for producing barrels.

How can the two species be told apart?

The surest way of distinguishing between the two species is by looking at their fruit, or acorns, which ripen between September and October. With pedunculate oaks, between one and three cylindrical acorns form at the end of a long peduncle or stalk. With the sessile oak, the opposite occurs – the two to six acorns, which are slightly smaller, form clusters and are attached to the branches with no stalks.

The leaves are also different. With the pedunculate oak, they are supported by a fairly short petiole, between 4 and 8 mm long (which connects the leaf to the branch), and gathered in clusters, which makes them fairly difficult to separate. The petiole of the sessile oak leaf measures between 13 and 17 mm. The leaves are distributed along the branches, making them easy to separate. Saying that, you need to be able to reach them to differentiate between them.

There are also variations in the bark. On the pedunculate oak, the bark is thicker and the grooves deeper than on the sessile oak, where it is finer and smoother.

In practice, it is very difficult to tell the two species apart in a forest stand that naturally regenerates. Forest workers, lumbermen and wood buyers are not always able to tell the difference. The task is made even harder by the fact that the trees are often felled in the winter when they have lost their leaves. Another noteworthy fact is that, when the quality is the same, their wood is used for the same purposes. Also, pedunculate oak is more sensitive to climate change than sessile oak. 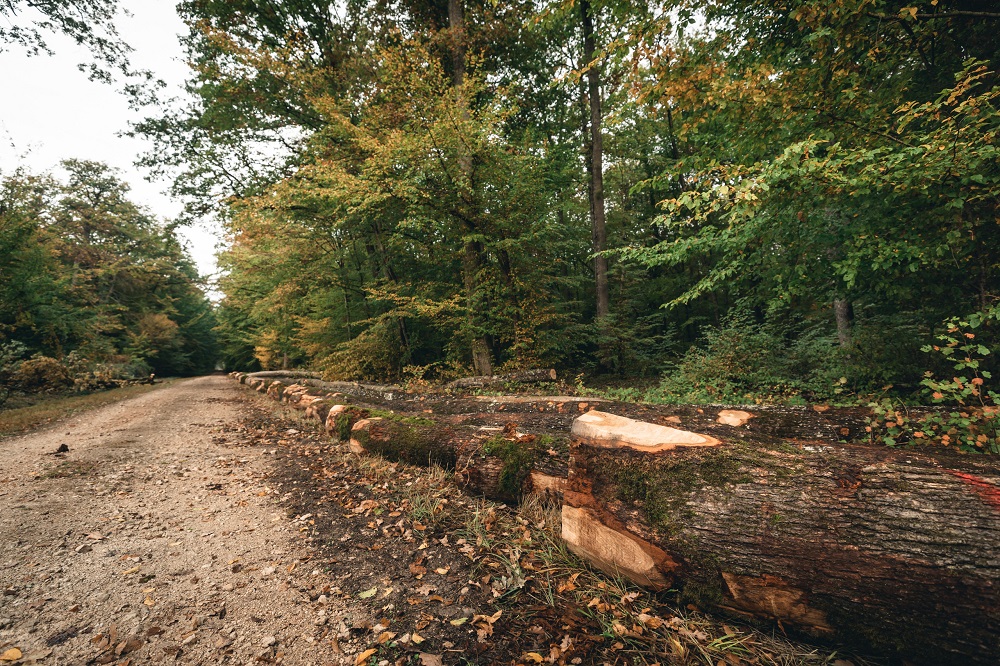 What is the stave mill’s role?

Stave mills produce stave wood, which are the cuts of wood split and sawn from the oak trunks based on empirical principles. The stave wood is in turn used to make staves which are ultimately assembled to form the barrel.

What about the growth rings and the grain of the wood?

The logs are cut into timber whose length matches that of the staves. The timber is then split along the grain of the wood, in the direction of the wood rays, eliminating the contaminated parts such as insect bites, red stains (fungi), deteriorated parts of the wood, through gall and the core of the timber. This is essential for ensuring the barrel remains watertight. Here is the explanation: “Just like blood in animals, sap travels through trees, going from the roots to the leaf and vice versa. It transports all the nutrients that are essential to their survival. The sap flows through ducts located just below the tree’s bark. Every year, during the spring growth season, these vessels are replaced by new ones, thus forming the growth circles from which we can determine the age of the tree. During the spring and summer, the upward and downward flow of the sap deposits cellulose, lignin, tannins and aroma precursors all the way along these ‘vessels’, which form the heartwood or duramen. These vessels are not perfectly vertical but they follow the shape of the trunk. By sawing a log of French oak, there is a risk of cutting them and the resultant wood would be porous – compromising the watertight properties of the barrel. This is why we split the logs, so as to follow the grain of the wood and the vessels”.

There are, however, some small ‘valves’ called tyloses which offer some watertightness if one of the vessels were to cross the stave wood, but there are too few of them to guarantee this in French oak. 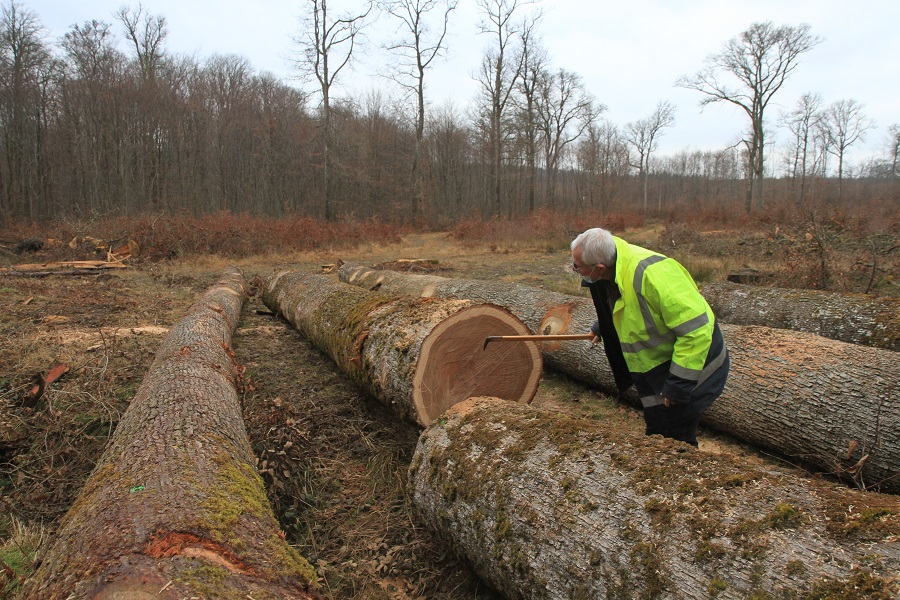 Are coarse and fine grains a specific feature of the species?

Although the pedunculate oak tends to grow faster, the primary factor that defines the size of the grain is the growth conditions – the prevailing soil (richness of the soil), weather conditions (rainfall and annual temperatures) during the lifetime of the tree; the forestry techniques (for example, a dense or an open forest stand, depending on how much thinning out has been conducted); and weather events all factor into the width of the annual rings.

“French oak barrels are often made from staves of both sub-species. Stave mills refer more to the grain than to the type of oak.”

Both the pedunculate and the sessile oak can produce fine or very fine grain, or conversely, very coarse grain wood. On the same log, you can find fine grain, medium grain and also extra fine grain wood.

In summary, French oak barrels are often made from staves of both sub-species. Stave mills refer more to the grain than to the type of oak. However, they can take into account specific requests from clients looking to buy barrels from a particular region, with a defined grain quality – for example a batch of stave wood from the Paris region with 70% fine grain. 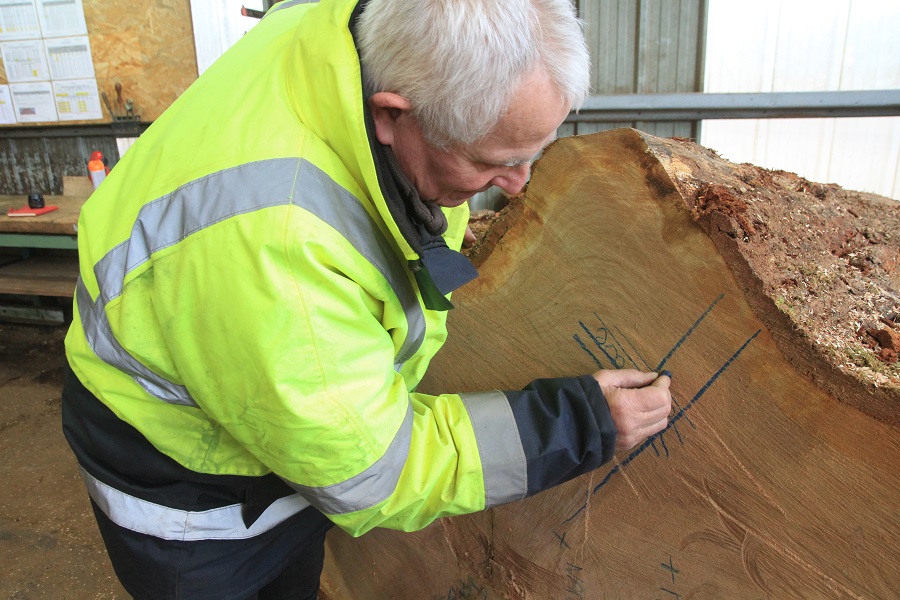 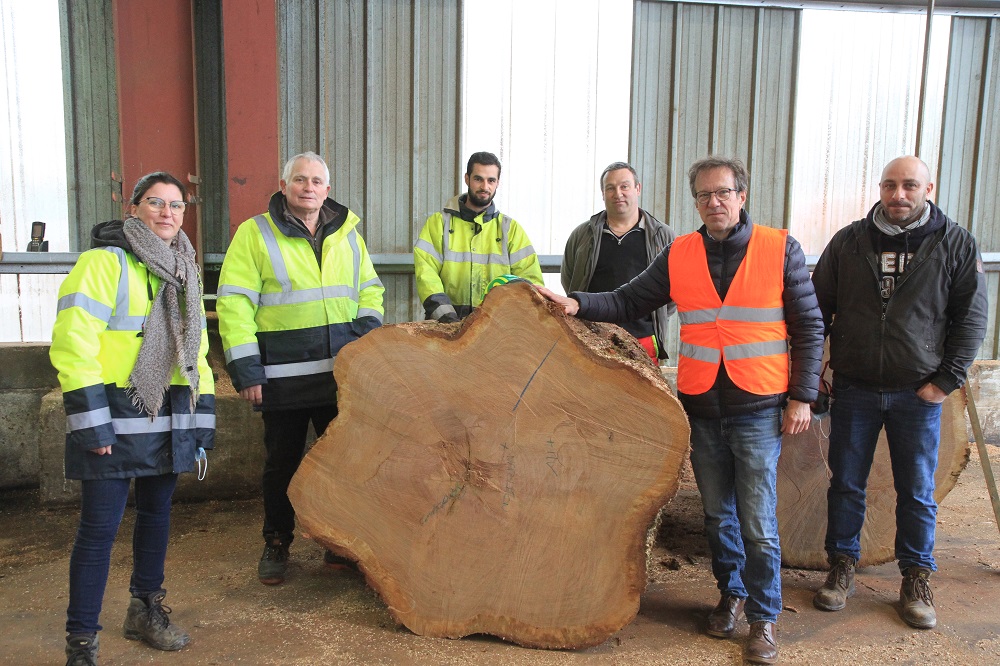 @Spiritsselection – this oak log is more than 200 years old

How do spirits producers choose between coarse and fine grain oak?

Spirits producers choose the type of grain depending on the style of product they are aiming to achieve.

For decades, coarse grain oak was the most widespread choice in the spirits industry, a remnant of Cognac and its lengthy maturation periods. As coarse grain oak imparts more tannins, it develops structure. But it takes time for the tannins to soften through micro-oxygenation. Nowadays, producers are discovering that fine grain oak, a preserve of the wine industry, allows them to release elegant spirits by preserving their primary aromas. Fine grain oak serves a purpose for shorter maturation periods.

“Spirits producers choose the type of grain depending on the style of product they are aiming to achieve. The type of toast is also an essential criterion, alongside the seasoning time for the stave wood.”

The type of toast is also an essential criterion, alongside the seasoning time for the stave wood and the type of grain. The scope of variation is endless, from a heavy toast on fine grain oak to a light toast on coarse grain oak and vice versa. The toast is also the cooper’s trade secret. The higher the toast, the more the tannins are broken down and the array of aromas changes dramatically depending on the length and temperature of the toast.

What is the difference between a French and American oak barrel?

American oak used for barrel production comes from Quercus Alba. It grows a lot faster and can be felled as soon as it reaches 80 years of age. It also contains fewer tannins than French oak and instils ‘lactone-whisky’-like aromas, such as coconut, freshly-cut wood and undergrowth. American oak is associated with exuberant aromas such as chocolate, smoke and caramel. French oak, on the other hand, is considered to be more delicate, adding aromas of vanilla and more tannins.

White oak stave wood is produced by sawing and not splitting. This is because there are many ‘valves’ or tyloses (see above) occurring in the vessels along which the white wood, thereby guaranteeing the barrels are watertight. This is a huge advantage in terms of yield per m3 of wood. The price of an American oak barrel is therefore lower.