By Fengxian Wang and Ulric Nijs

When talking about Chinese Baijiu, most of us who have tried it, have an immediate recollection of a pungent, strong and very distinctive spirit. I would also wager that most of us didn’t really understand nor appreciated the fist sip. What many people forget, is that this experience is representative of one or two Baijiu categories; the so-called sauce aroma and strong aroma baijiu. There exists however a completely different style, called light aroma; and its ambassador is Fenjiu.

Fenjiu is the ambassador of the light-aroma Baijiu style

The raw materials of Fenjiu are relatively simple: Sorghum, Qu and water. As with every quality spirit, each of these ingredients play an important role in the quality of Fenjiu.

Chinese producers believe that water is to liquor what blood is to our body! The water for Fenjiu comes from local wells, 800 meters deep and with a very high mineral content

Last but not least, there are couple of auxiliary materials used the production of Fenjiu that have a direct impact on the quality of the product, and these are chaff and rice husk: While they may not have a direct impact on the final flavour, they play a major role in adjusting the concentration of starch, absorbing and maintaining water, bringing in more oxygen and adjusting the acidity of the mash, and as such, they form an integral part of the production process.

The production of Fenjiu is long and complex, but it all starts with Qu, the soul of the spirit. As we know, Qu is a complex cocktail of bacterium and microorganisms which are native to the region it is produced in. The raw material used in its formation (in this case barley and pea at a 60:40 ratio) will also influence the microbiome which will develop in it. 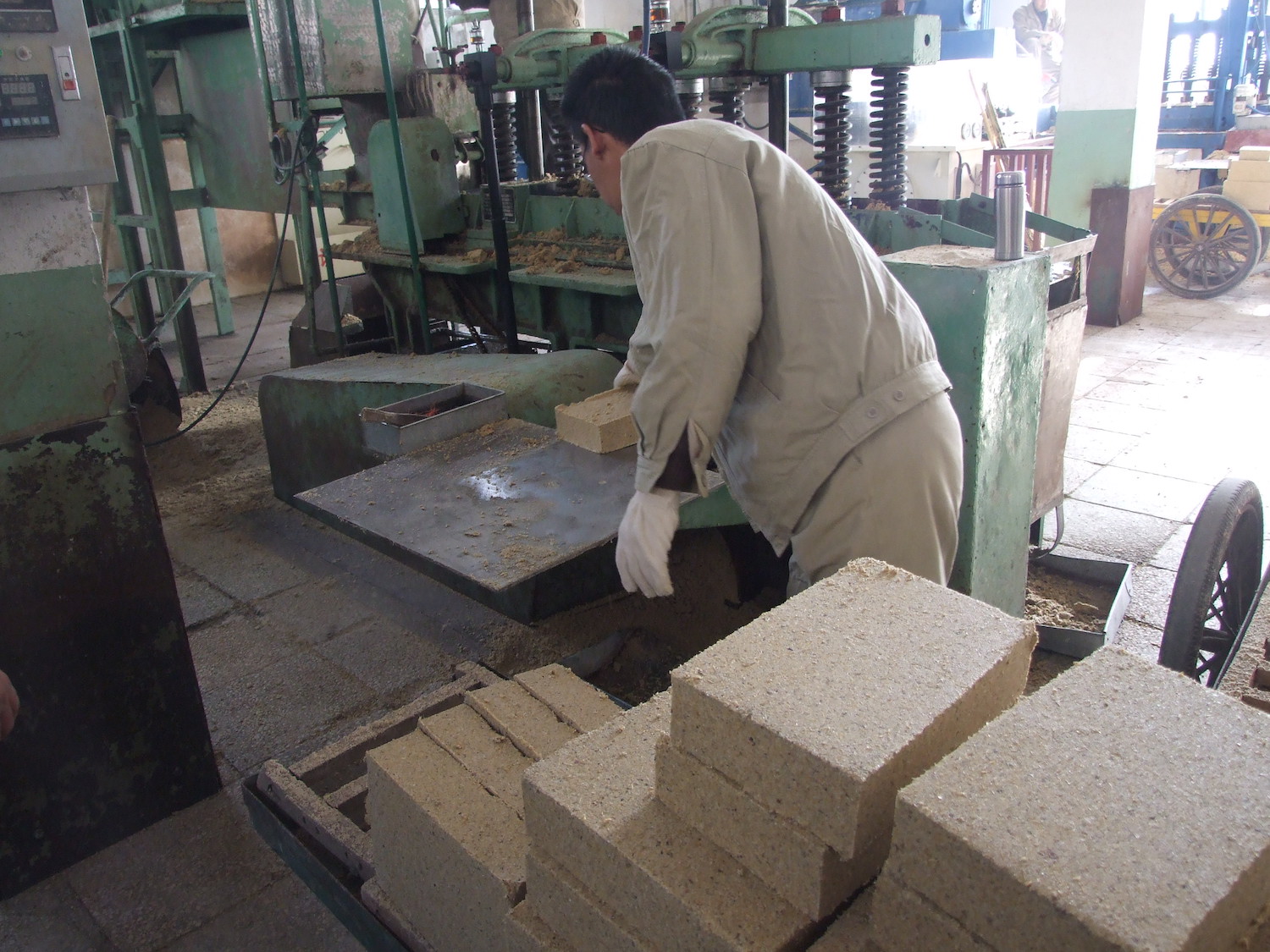 To produce Fenjiu, three different types of Qu are produced, dried, crushed and then mixed together in exact proportions (3:3:4) before being added to the final mash.

These three different Qu are called:

While these three different Qu’s are produced in a relatively similar way and with the same base materials, the heat source and temperature used in their production varies, thus creating three markedly different microbial universes in each Qu, and thus three different fermentations. 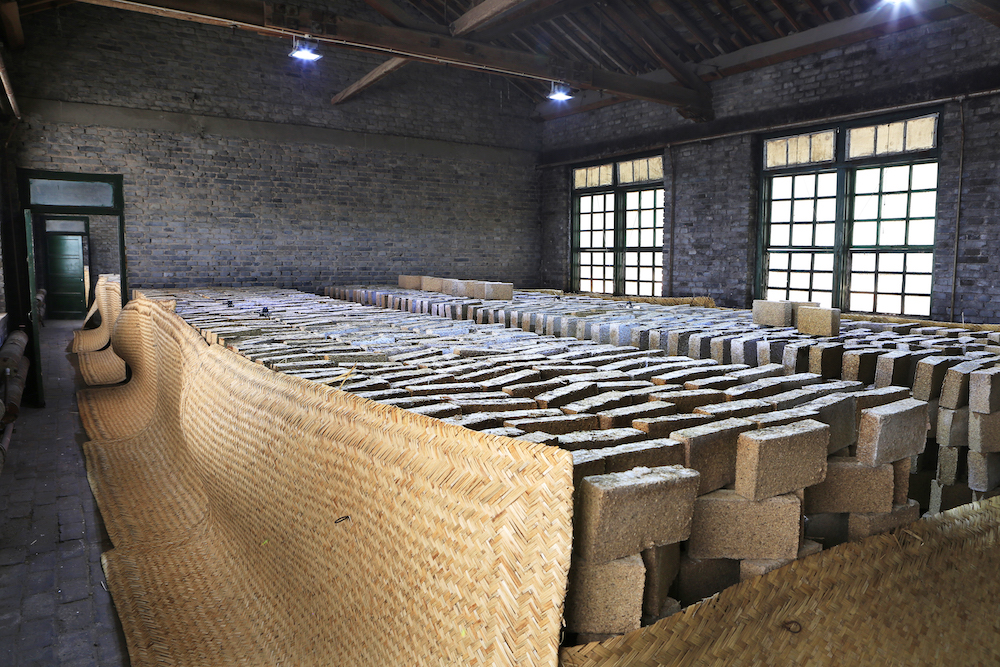 As in Scottish whiskies, the grain needs to be turned into a coarse grist, called “Hongshen” in China.This “hongshen” is then slowly hydrated with hot water and then steamed until it becomes gelatinous. It is essential to obtain a uniform, gelatinous texture as this facilitates the accharification and fermentation by the Qu microorganisms and enzymes.

Lastly, the hongshen will then gradually be cooleddown with water before adding Qu to the mixture and poured into buried porcelain cylindrical vats. Once sealed, they will be left to ferment for a period of 28 days, in a rigorously temperature-controlled environment. 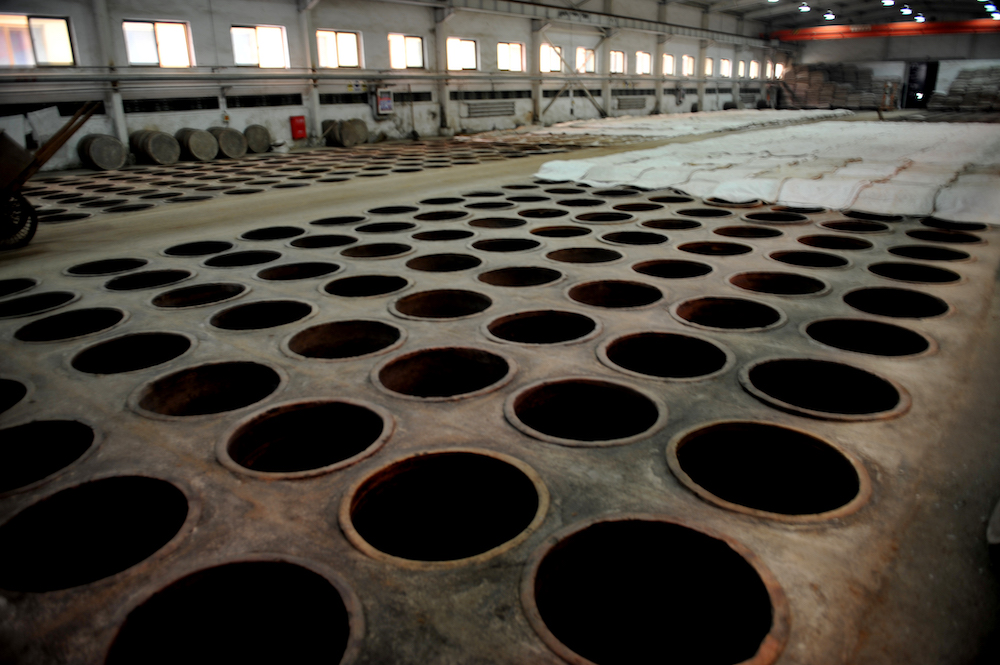 In effect, Fenjiu Baijiu uses two types of fermentations: a “double steaming fermentation” which occurs during the first stages of the hongshen preparation and a solid-state fermentation” once it is buried in the vats. This rather complex fermentation chain is largely responsible for the organoleptic character of Fenjiu and is rather unique in the world of spirits.

For the trivia collectors, it is interesting to note that when making Fenjiu, one must ensure that each vat is properly washed and seasoned with a peppercorn- flavoured water prior to each use. The seasoning is said to enhance the aroma of the product. Another particularity of Fenjiu is that, unlike its strong-aroma counterparts, which draws some of its microorganisms from the earthen pit it is fermented in, Fenjiu Baijiu does not, at any point get in contact with soil during fermentation. This explain the cleaner character of Fenjiu.

The rather complex fermentation chain is largely responsible for the organoleptic character of Fenjiu and is rather unique in the world of spirits.

After 28 days of fermentation, the vats are dug out and emptied. Chaff and rice husks are added to the alcoholic “mud” and then distilled in proprietary stills. The foreshot (above 75% ABV) are collected and stored separately for blending and the tails (below 48.5%) are re-distilled.

The heart of the distillate -or the First Fenjiu- is collected for maturation while the stillage is returned to the porcelain vats for an additional 28days of fermentation in the same initial conditions. It Is then mixed with more chaff and husk and distilled for a second time, yielding what is known as the Second Fenjiu. 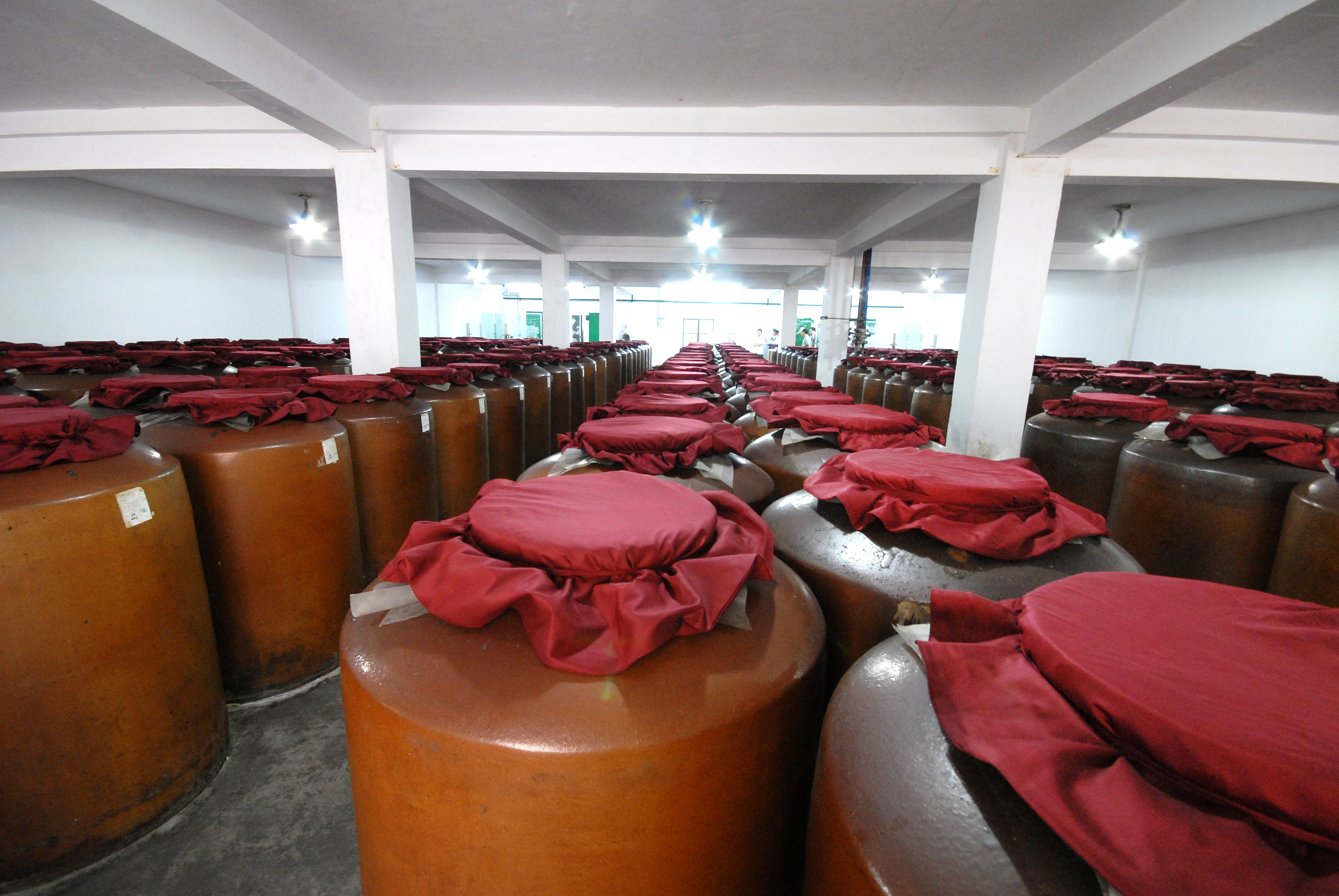 Fenjiu will age and mellow its various distillate for three years in ceramics jars, after which they will be blended for consistency, bottled for purchase and served for enjoyment!

The signatory character of fenjiu is clear on the nose, full bodied on the palate, with a clean yet lingering finish. To preserve this identity, Fenjiu was one of the first Chinese alcohol producers to implement food safety policies which are in line with international standards, and thus earning Fenjiu the reputation as “the clearest & the purest” of Chinese spirits!

Generations of people have spent their lifetime perfecting the art of making Fenjiu baijiu, passing their expertise from generations to generations. Today’s Fenjiu is unique in the world, with its unique scent of flower, fruit and grain. It brings to its consumers the most elegant, profound and authentic flavours from China with a pure and attractive palate.