Distilleries visits : a day in Wallonia !

Distilleries visits : a day in Wallonia !

The first day of official activities started very early – many of us didn’t get more than 5 hours of sleep after the hard travel (or was it the Belgian beer?) the day before. From Brussels, we took the bus to a little hamlet near Liège. In Fexhe-le-Haut-Clocher you can find the most Scottish of places outside of Scotland: the Belgian Owl Distillery. Etienne Boullion has done the impossible, he got the Scots to part with one of their precious pot stills. Actually, even two, formerly doing their job at the now closed Caperdonichdistillery in Speyside. They are the main tools he uses nowadays to make an exceptional Single Malt Whisky. While the stills may come from Scotland, literally all other materials are sourced from the area around the distillery. Their own water and fair-trade contracts with farmers in the direct vicinity are just examples of the sustainable way of producing. Bouillon himself explained his whiskies and led a guided tasting tour in his small but exciting building, showing everything from the unaged New Make over the basic product, aged 3 years, to a Single Cask and finally even a Cask Strength whisky. No wonder the Belgian Owl has in a few years made itself a name as being an important forerunner of Whisky in Belgium! 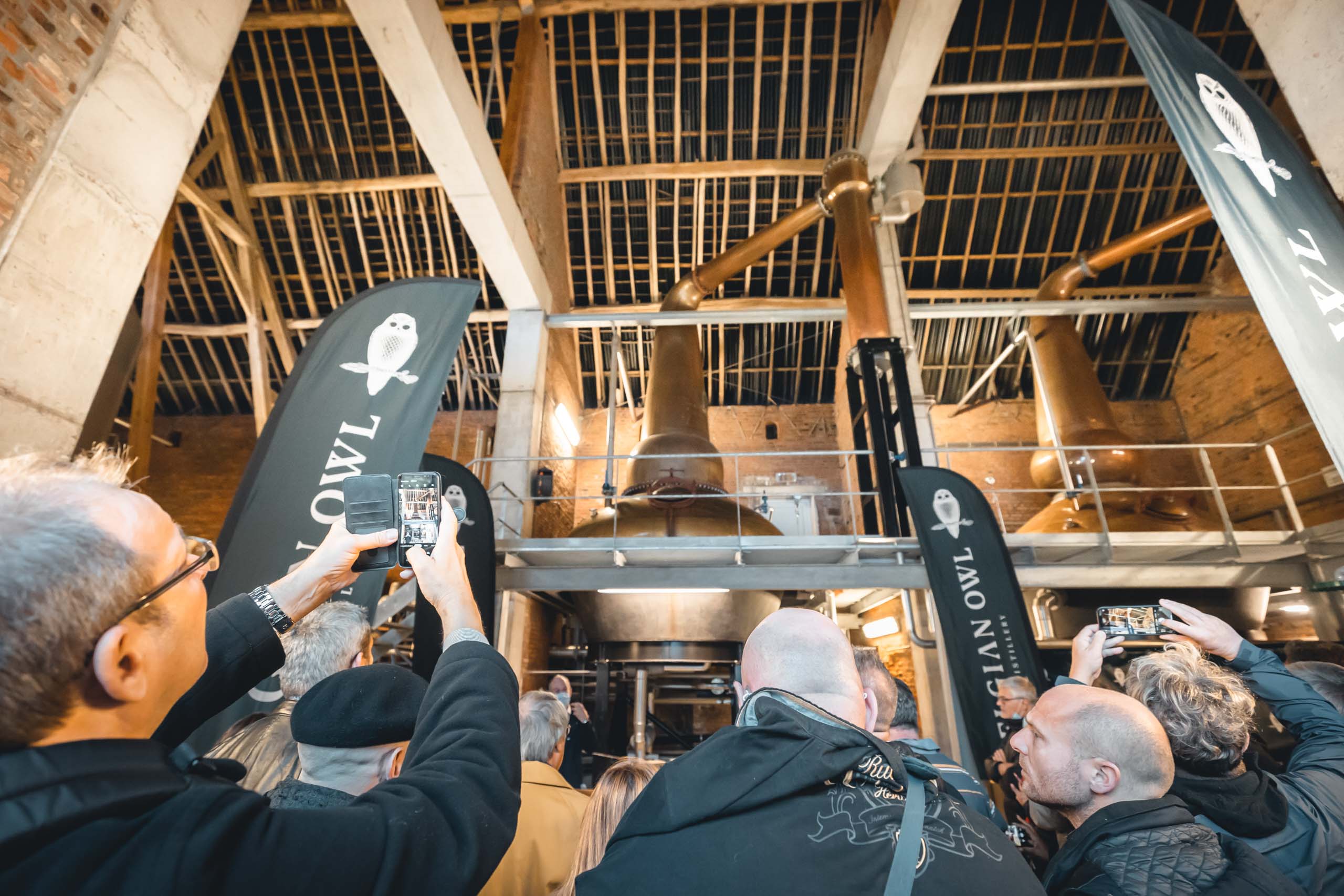 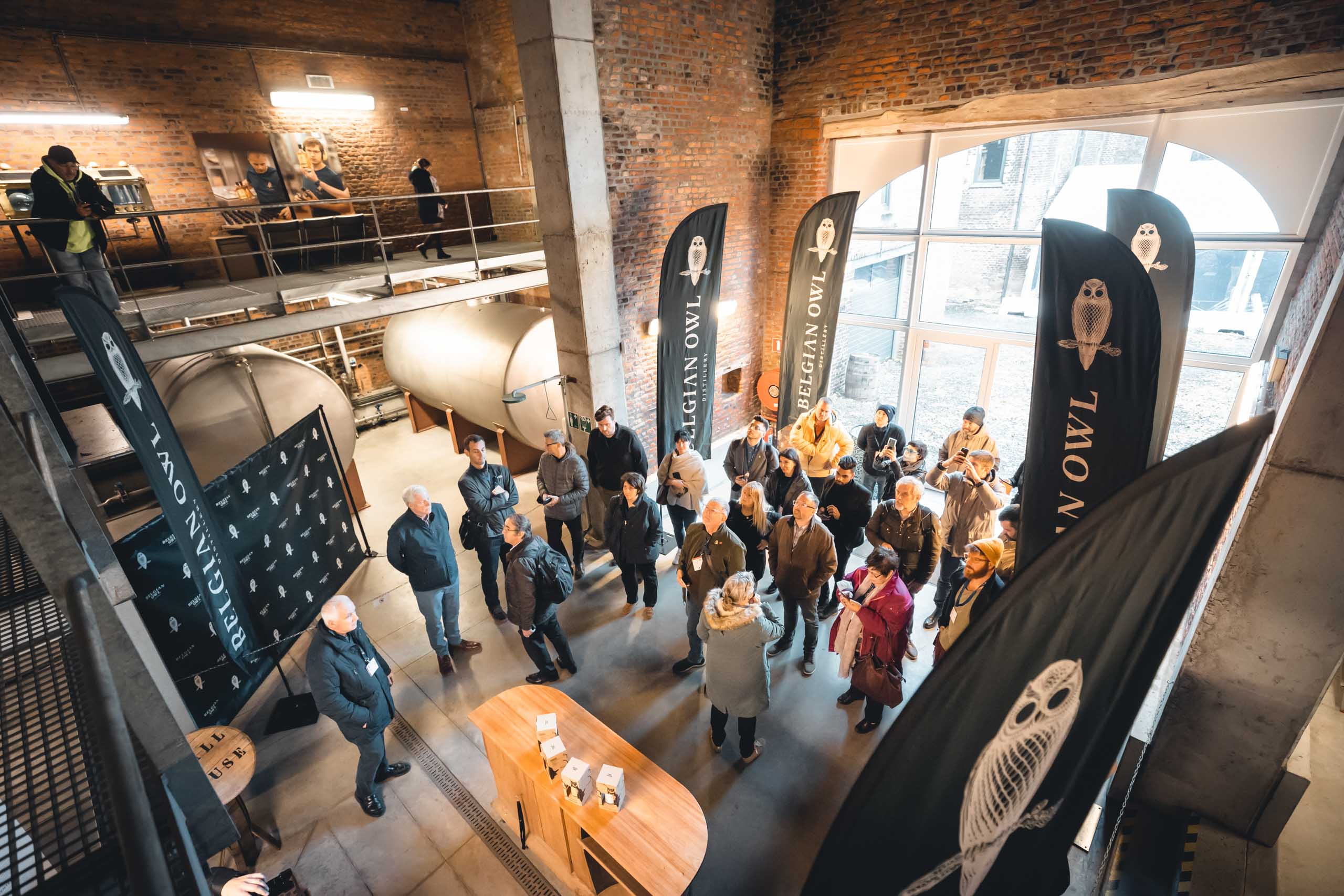 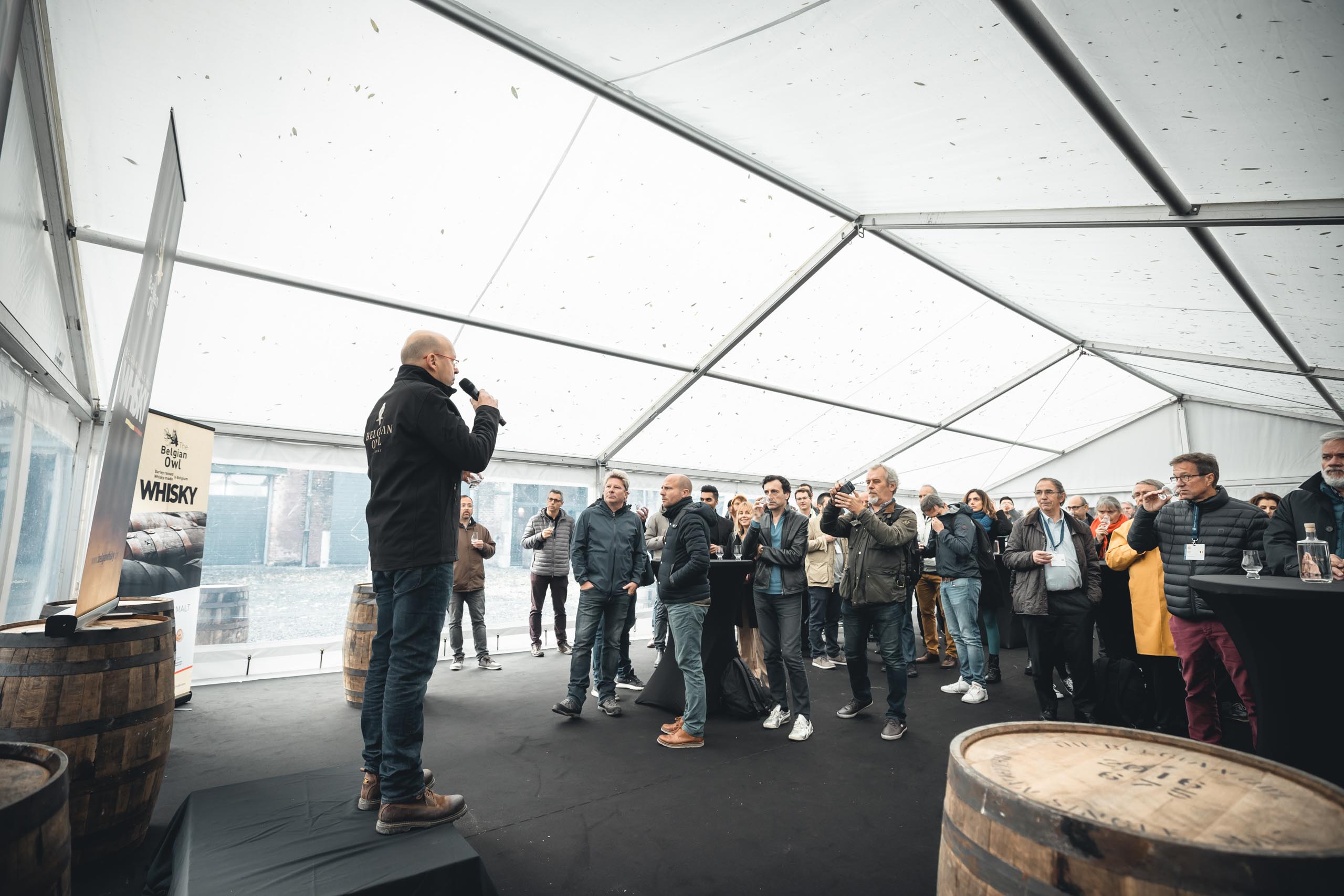 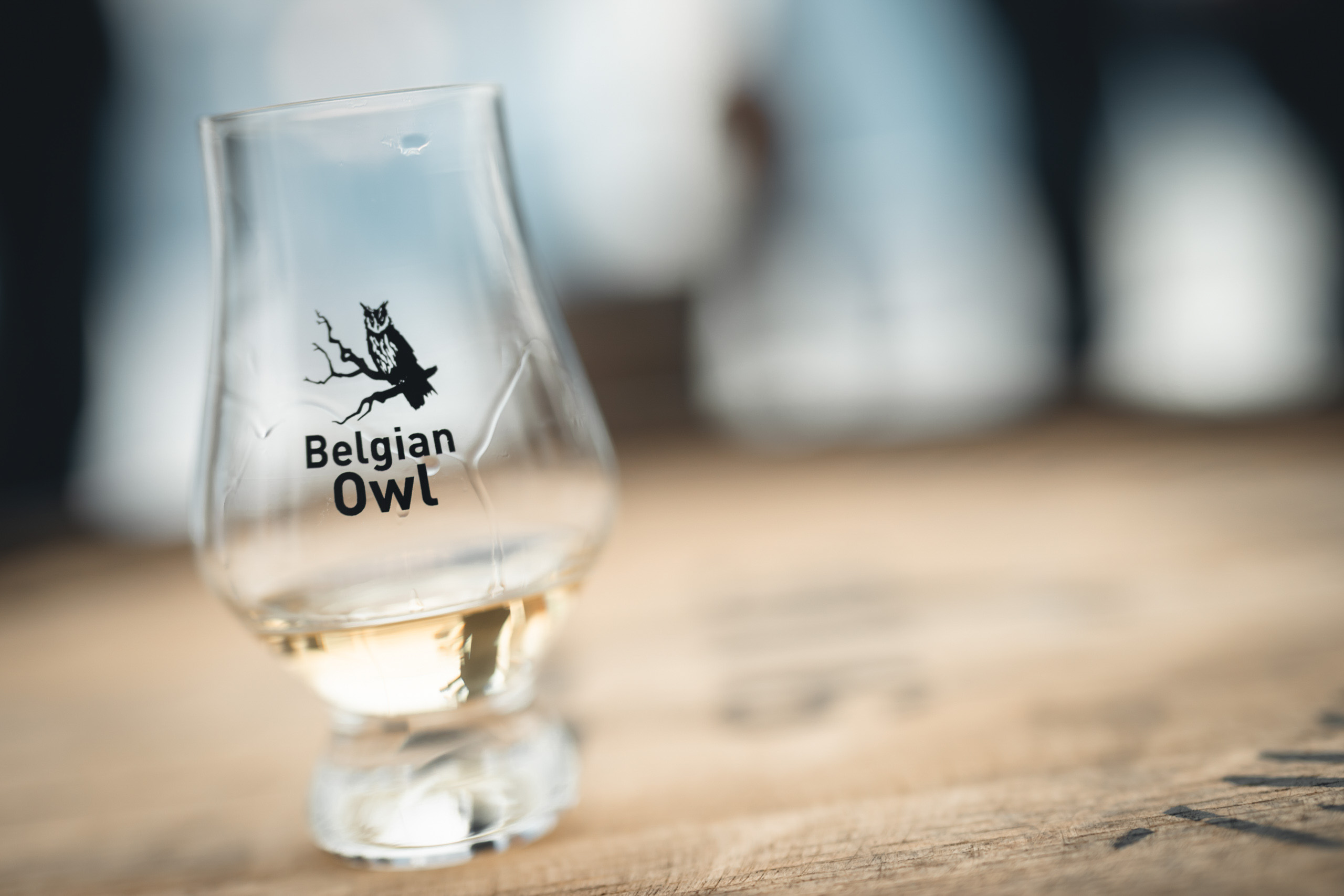 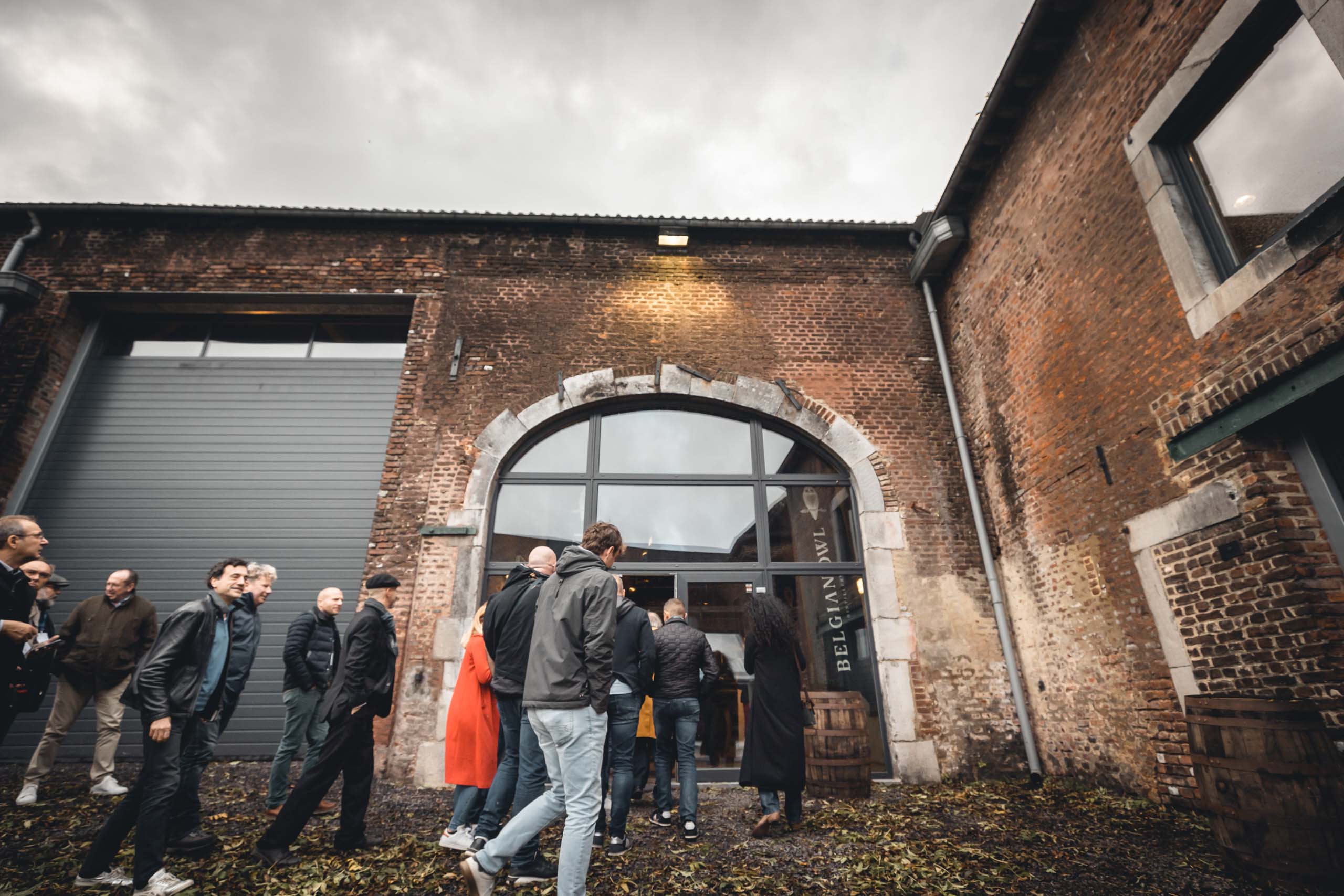 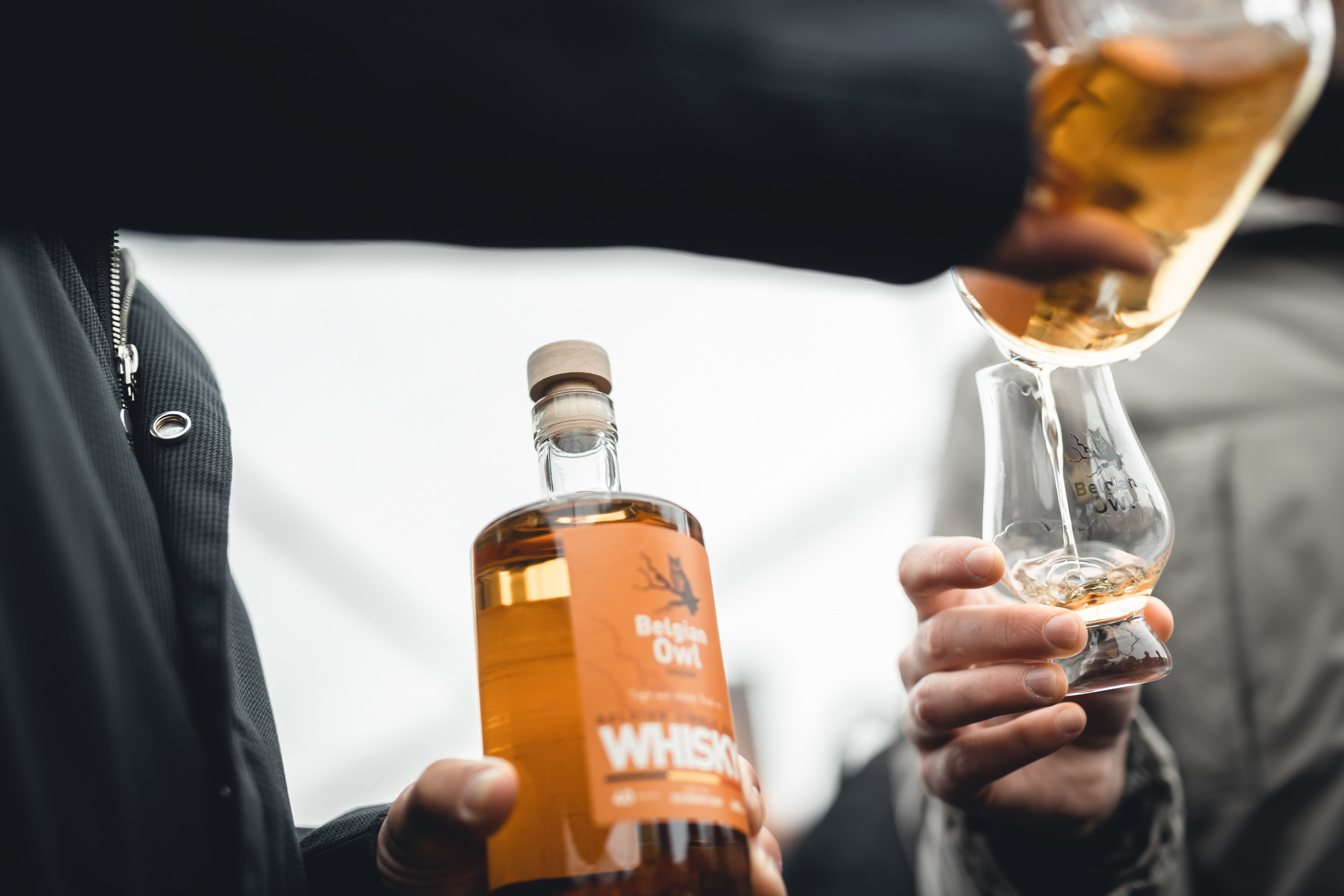 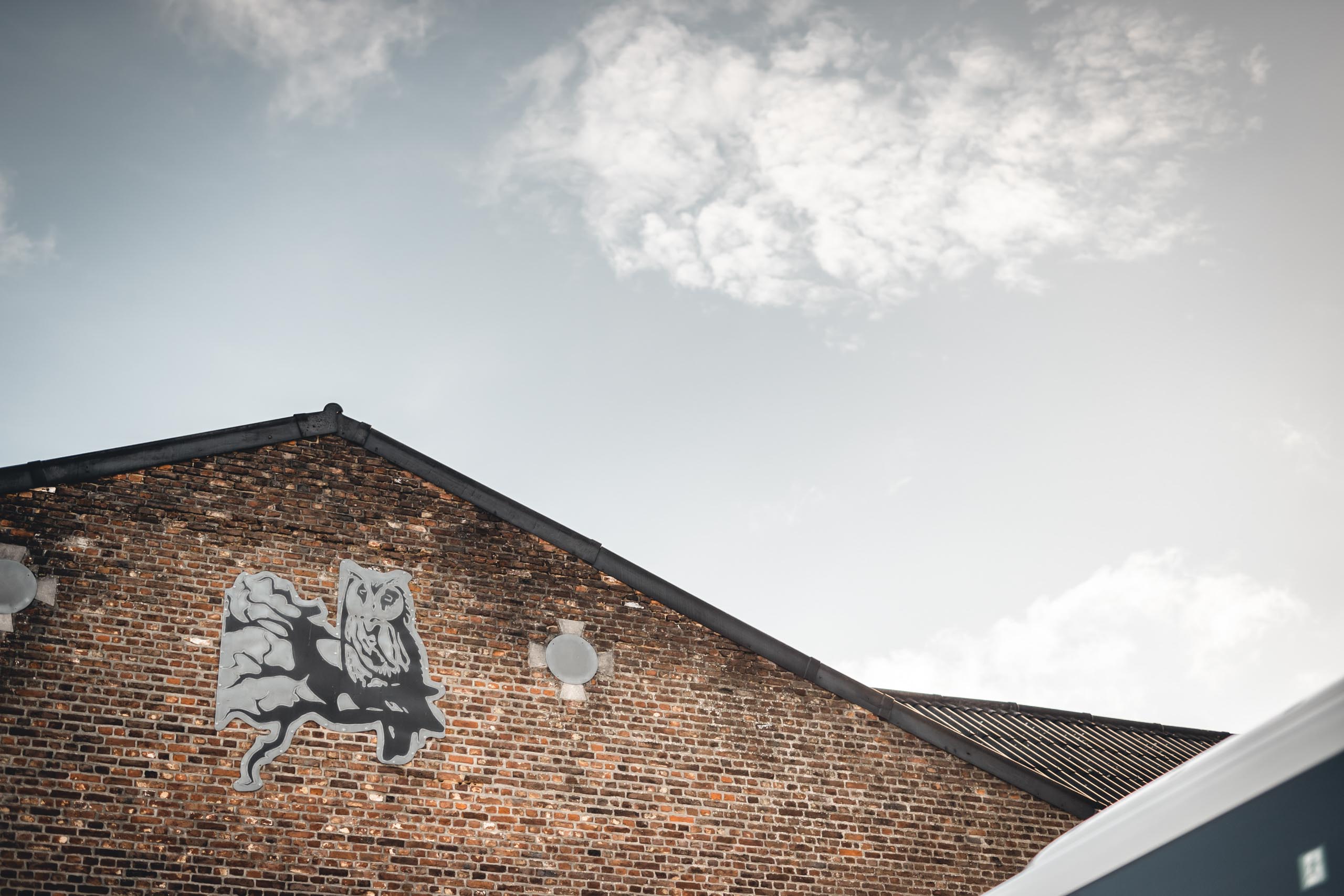 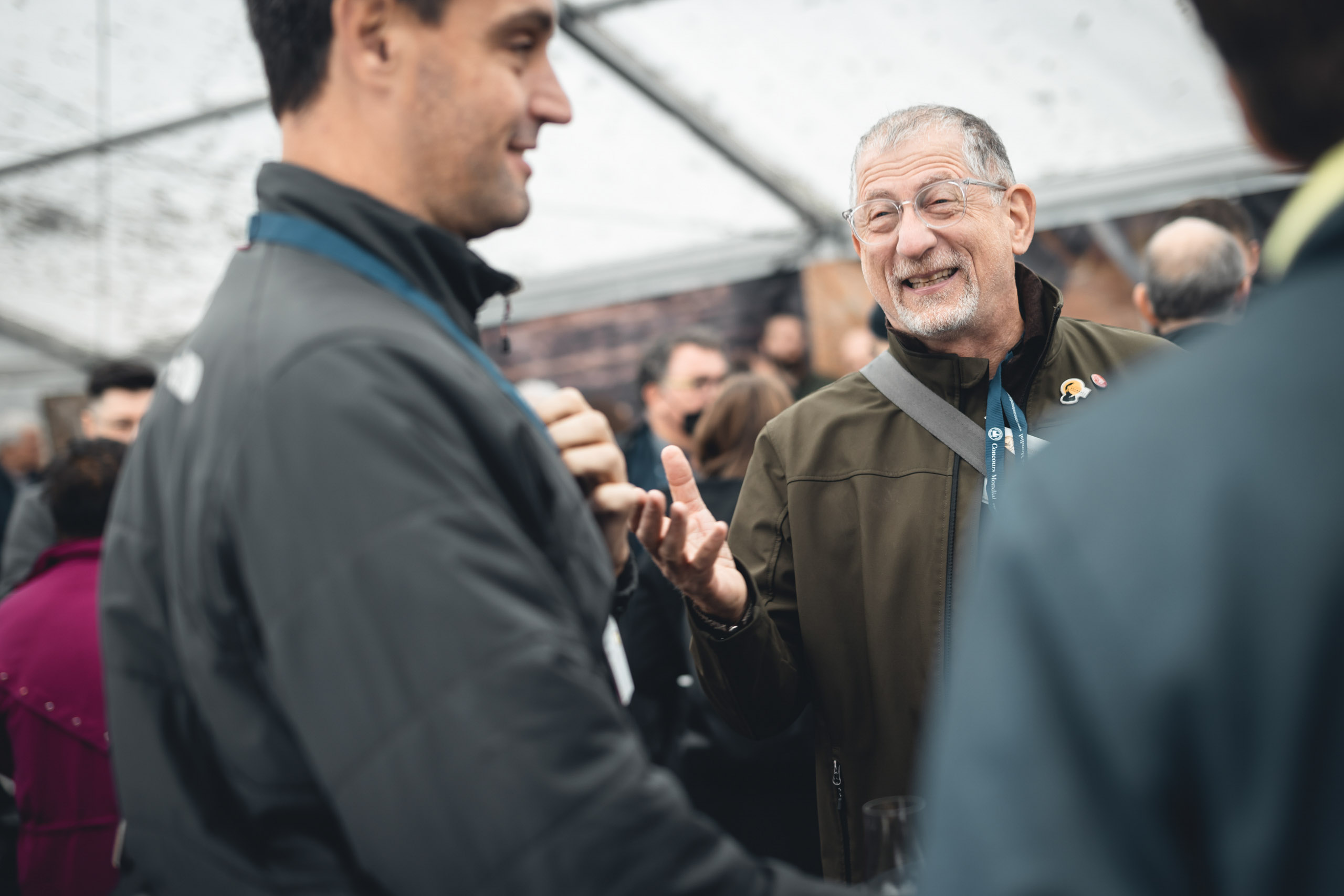 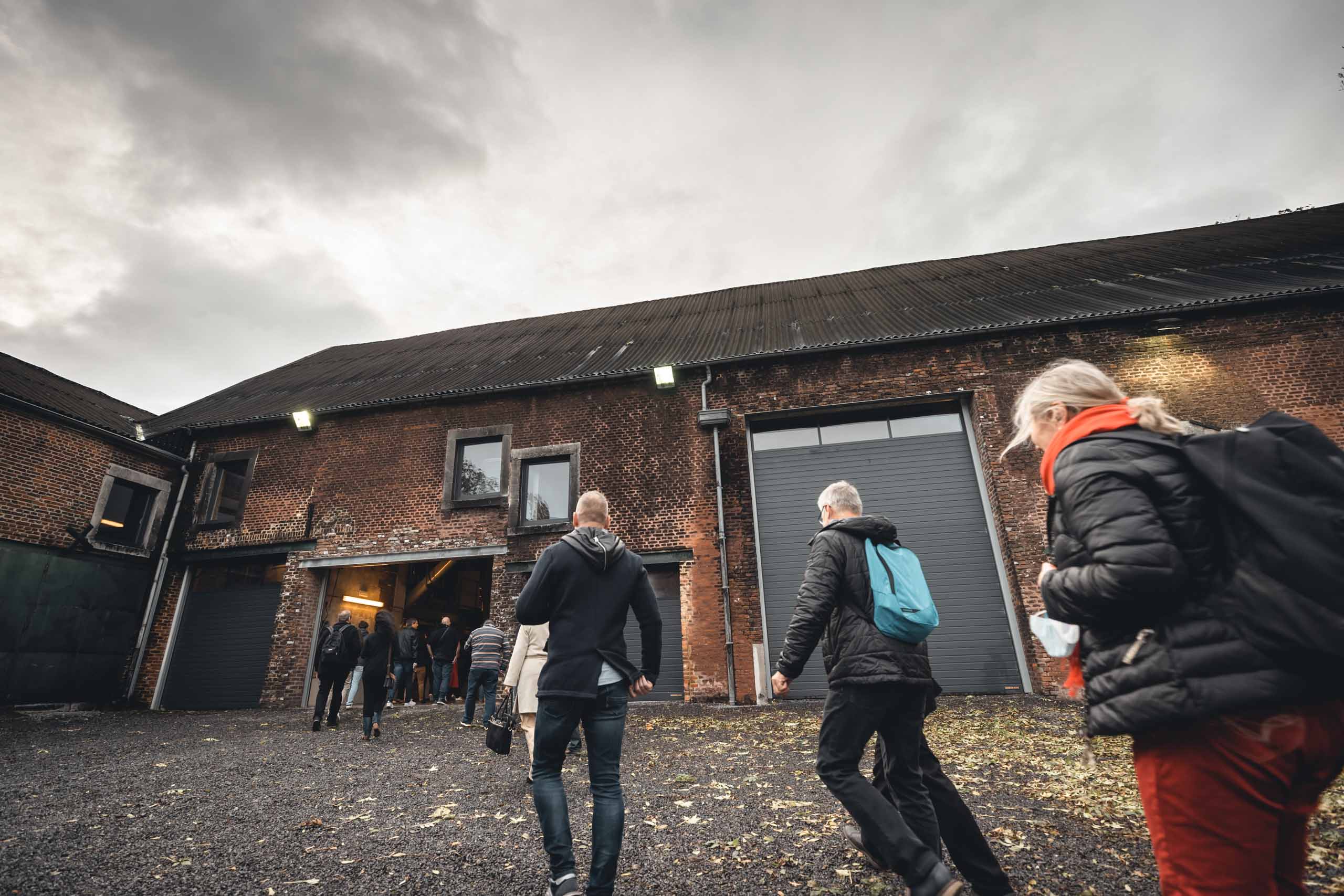 All good things must end, back to the buses! Belgium is not a big country, and we basically went from one side of Belgium to the other, from the Dutch border to the French border. Near Charleroi you will find a very scenic spot, a castle-like building in the middle of flat land, that nowadays contains the Distillerie de Biercée. It’s not only a marvel to see from the outside, inside it is equally interesting, showing the tools of the trade that had been in use until 25 years ago in a museum, including the star of the show, a pot still made from the torpedo tube of a German WW2 submarine. Christophe Mulatin, the current master distiller, presented the portfolio of the distillery. A successful work – together with him the distillery more than quadrupled their output since the nineties. The flagship brand, Eau de Villée, has long been the backbone of the company, but they have much more to offer, from gin over vermouth to another traditional product, the herbal liqueur Biercine. In 2019, the Distillerie de Biercée has merged with the brewery Brasserie des Légendes. The CEO of the combined new company, Pierre Delcoigne, gave us some first-hand insight into the synergies that a combined brewery-distillery has and the new possibilities and chances such a merger offers to both. On the location, in a very beautiful hall with classic beer signs all over the walls, there is also a restaurant that was able to serve a meal (and lots of Belgian beer, again!) for more than a hundred very hungry people at the same time. 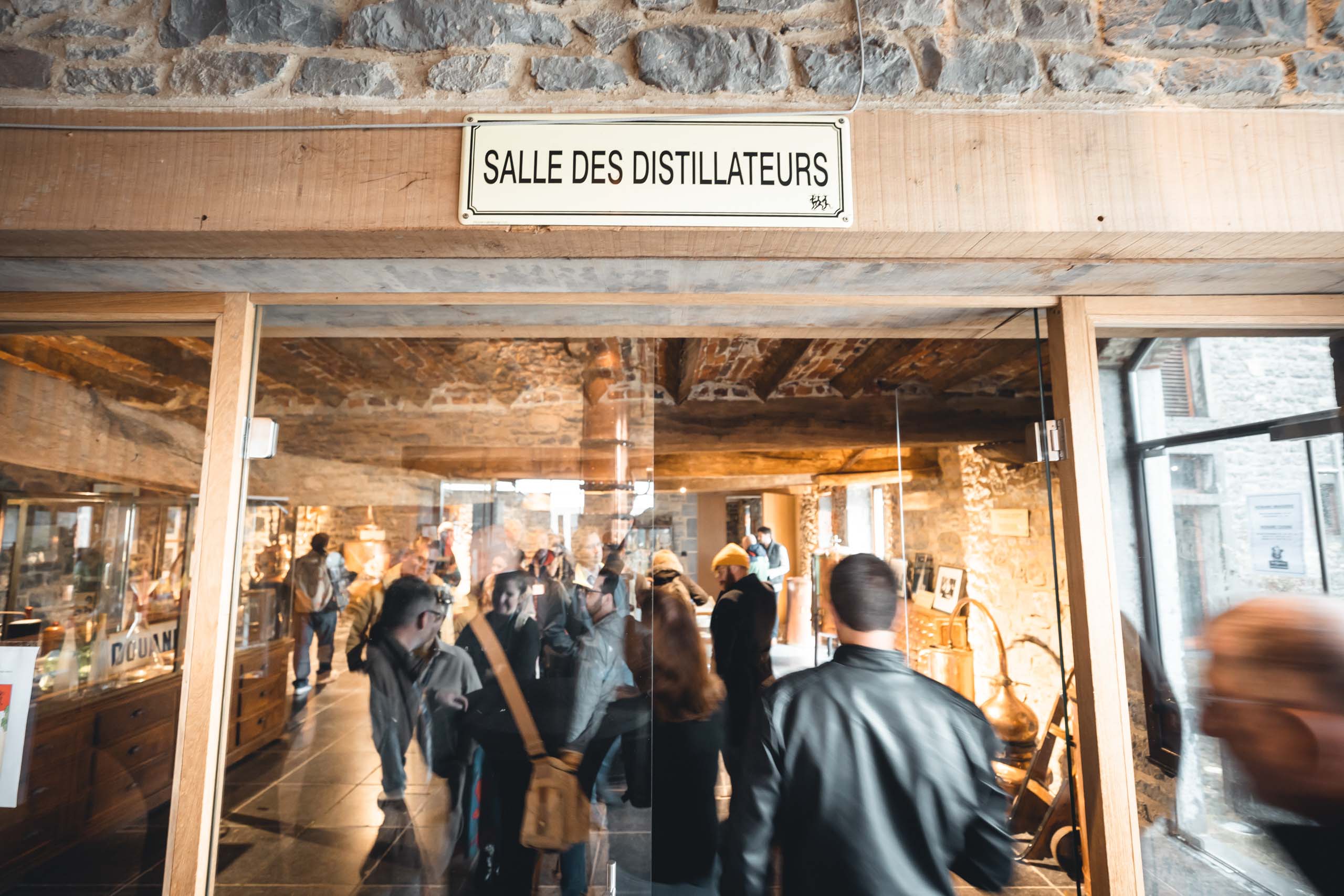 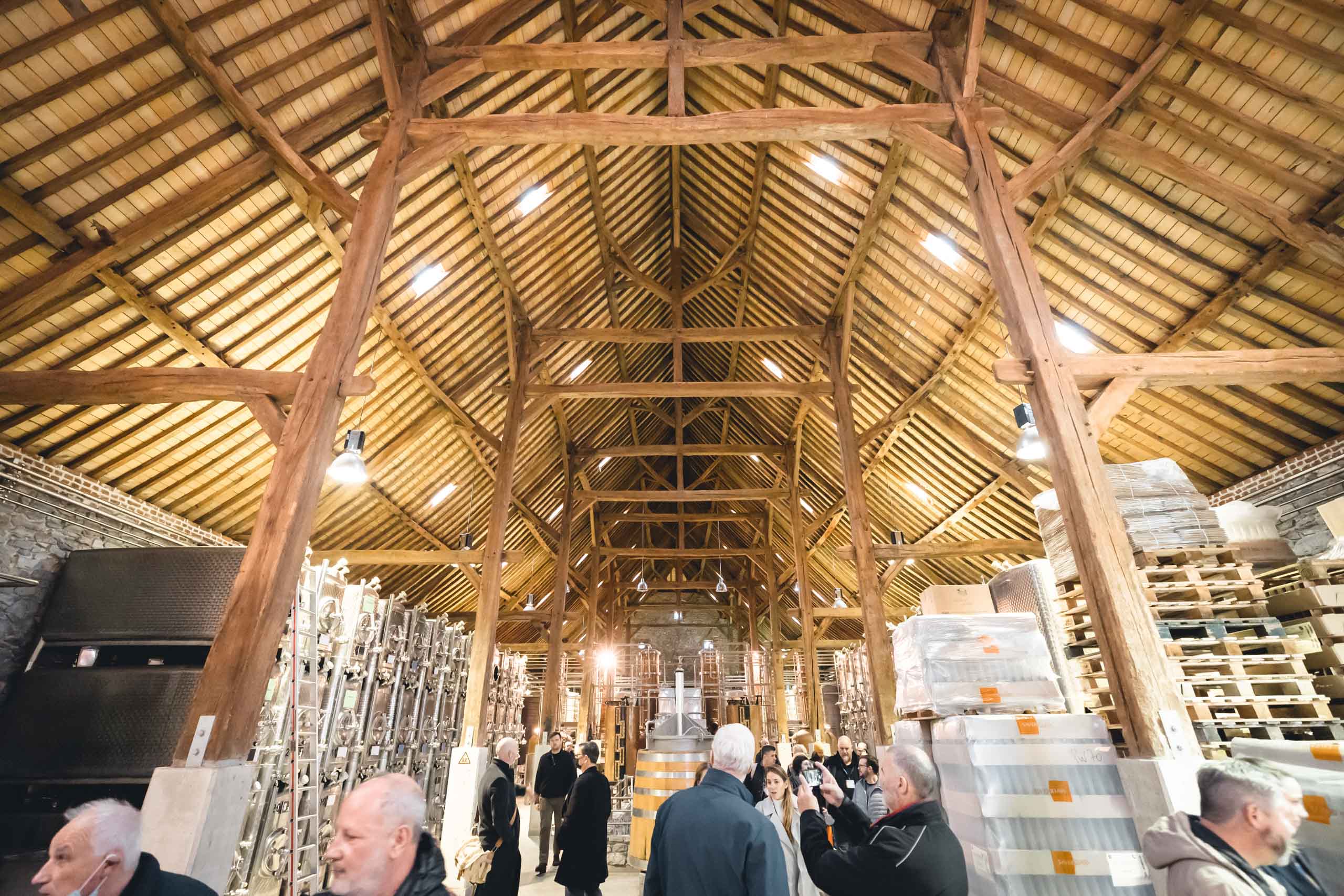 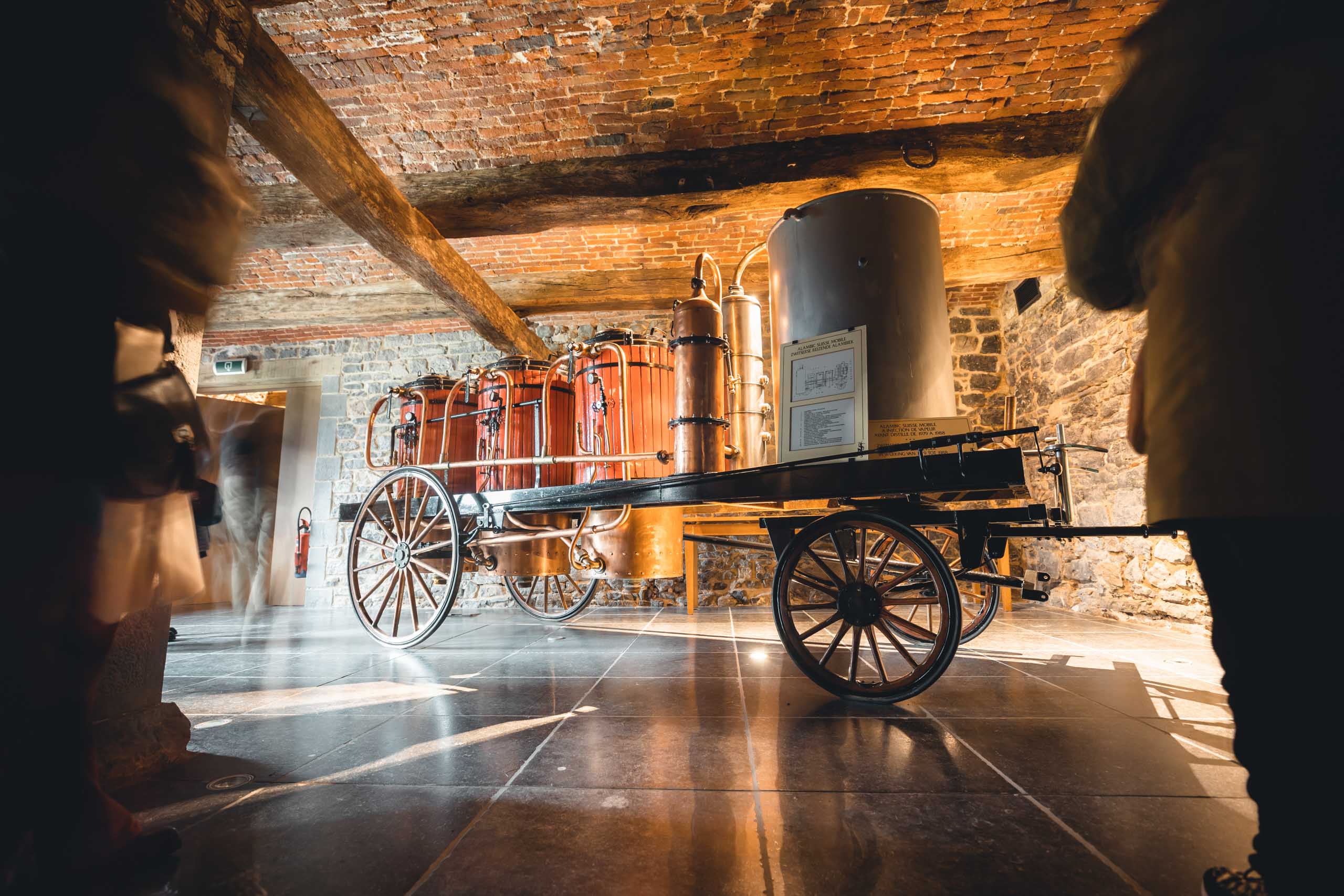 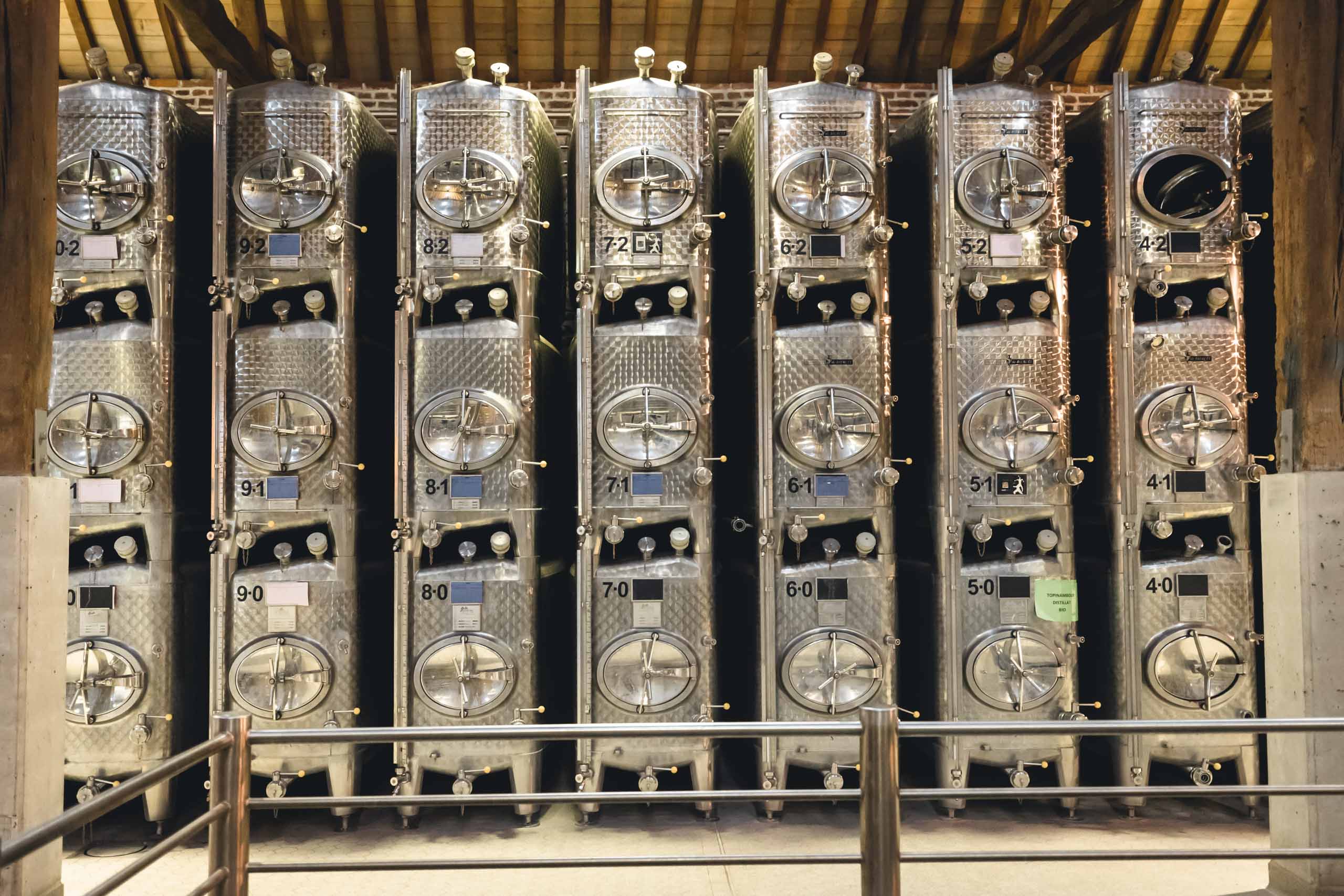 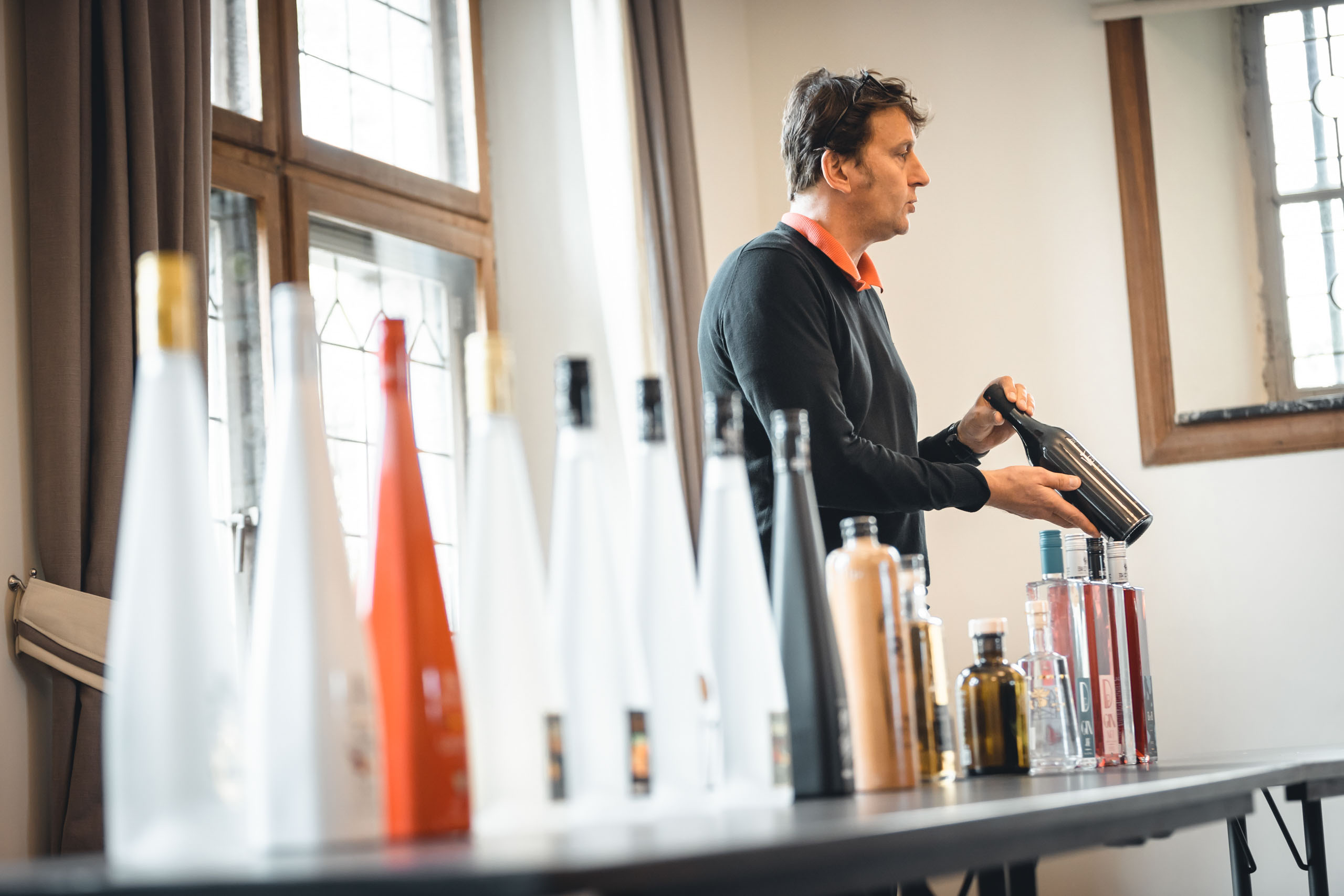 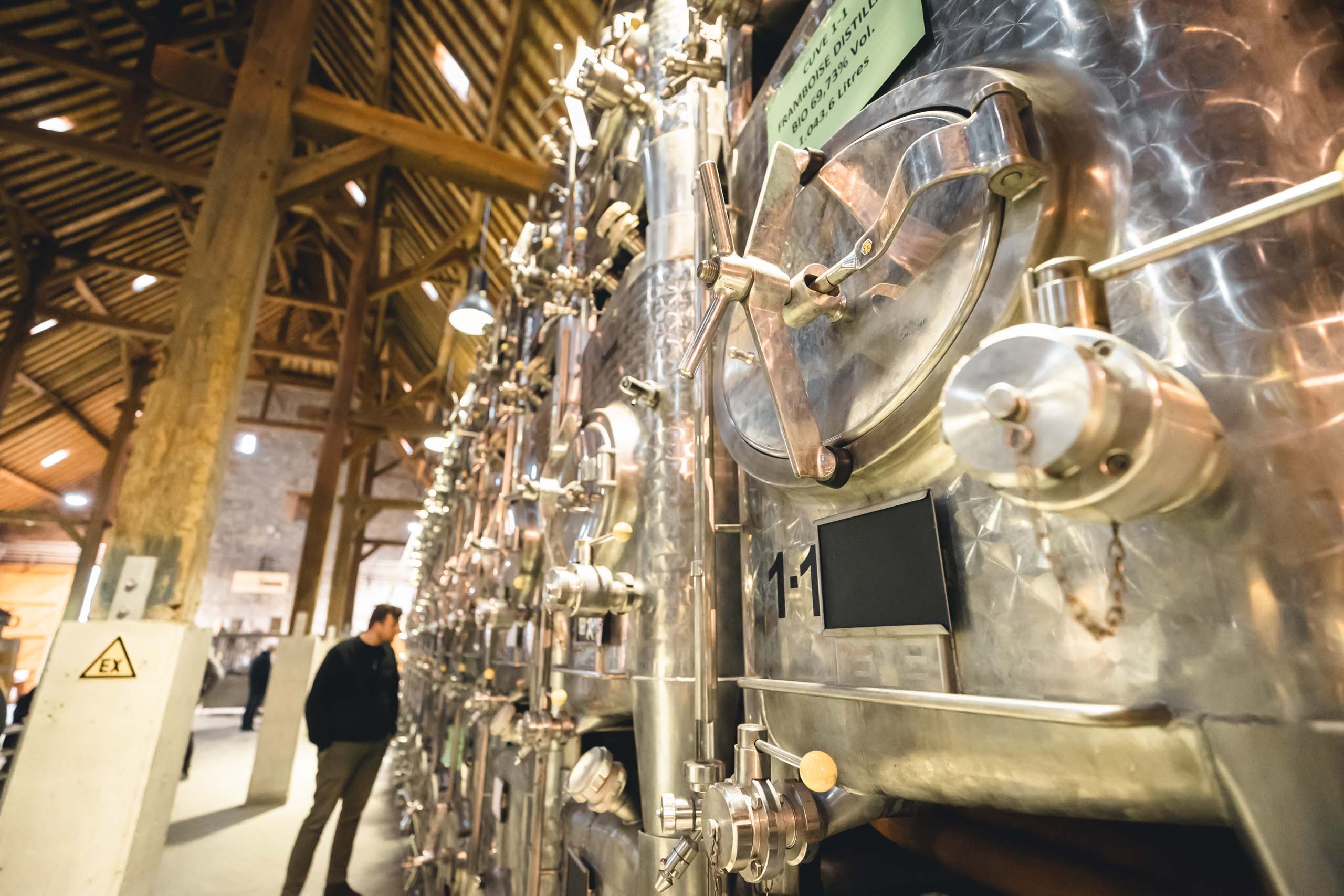 That was already a lot to digest, but the day was not over. Spirits Selection decided to show us one of the most iconic places in Belgium – the battlefield of Waterloo (you know, the one from the ABBA song). Luckily, nowadays, people don’t fight there anymore, but found the sense to do something useful and started brewing beer on the site a few years ago. At the Waterloo Brewery the well-known Martin family created a spectacular event location in the historic Ferme de Mont-Saint-Jean, directly next to the famous Lion’s Mound, including a restaurant, the brewery itself, and also a little distillery, all of which you can visit and see in action. It shows the whole lifecycle of a whisky – from grain to beer, from beer to whisky. A professional light show with lots of laser and water effects is really something to see for families and people interested in finding easy access to the basics of spirits productions. More than everything else you can feel the energy and ambition of Edward Martin, who kindly and expertly led us through the facilities and was a great host for our dinner, allowing us to taste all expressions of his beers, and his own The Nurse whisky. A very long and exciting day full of new impressions and tastings came to an end after that – back to Brussels, there was work to do the next day!