Among organically certified Grand Gold medal winners, and for the second consecutive year, the Spirits Selection Organic Revelation trophy was awarded to a Brazilian cachaça that caught the experts’ attention: the Pai Vovô Ouro cachaça by Fazenda Aliança Ind de Aguardente Ltda is produced in the state of Paraiba, in northeast Brazil.

Certified organic spirits are still rare, unlike the wine sector where there are a large number of conversions. In the rum category, it is even less frequent. With the exception of Fortin rum from Paraguay,  a few hectares at Neisson  and A1710 in Martinique, Mana’o in French Polynesia, and a few has in conversion at Distillerie de Bologne in Guadeloupe,  it is interesting to see that in the cachaça sector, the closest cousin to agricultural rum, there are more initiatives. And yet, Brazil is in a bad way, with uncontrolled deforestation for the benefit of industrial agriculture using GMOs and pesticides and uncontrolled forest fires, for instance. Not to mention an openly climate change sceptic president. Sugar cane is not an easy crop to grow organically, mainly because of the competition from weeds that have to be controlled by herbicides to maintain yields.

In Brazil, however, several cachaça growers have chosen to go down the organic route, without this impacting the quality of the final product, on the contrary. Among organically certified Grand Gold medal winners, and for the second consecutive year, the Organic Revelation trophy of the Spirits Selection 2019 was awarded to a Brazilian cachaça that caught the experts’ attention: the Pai Vovô Ouro cachaça by Fazenda Fazenda Aliança Ind de Aguardente Ltda is produced in the state of Paraiba, in northeast Brazil. 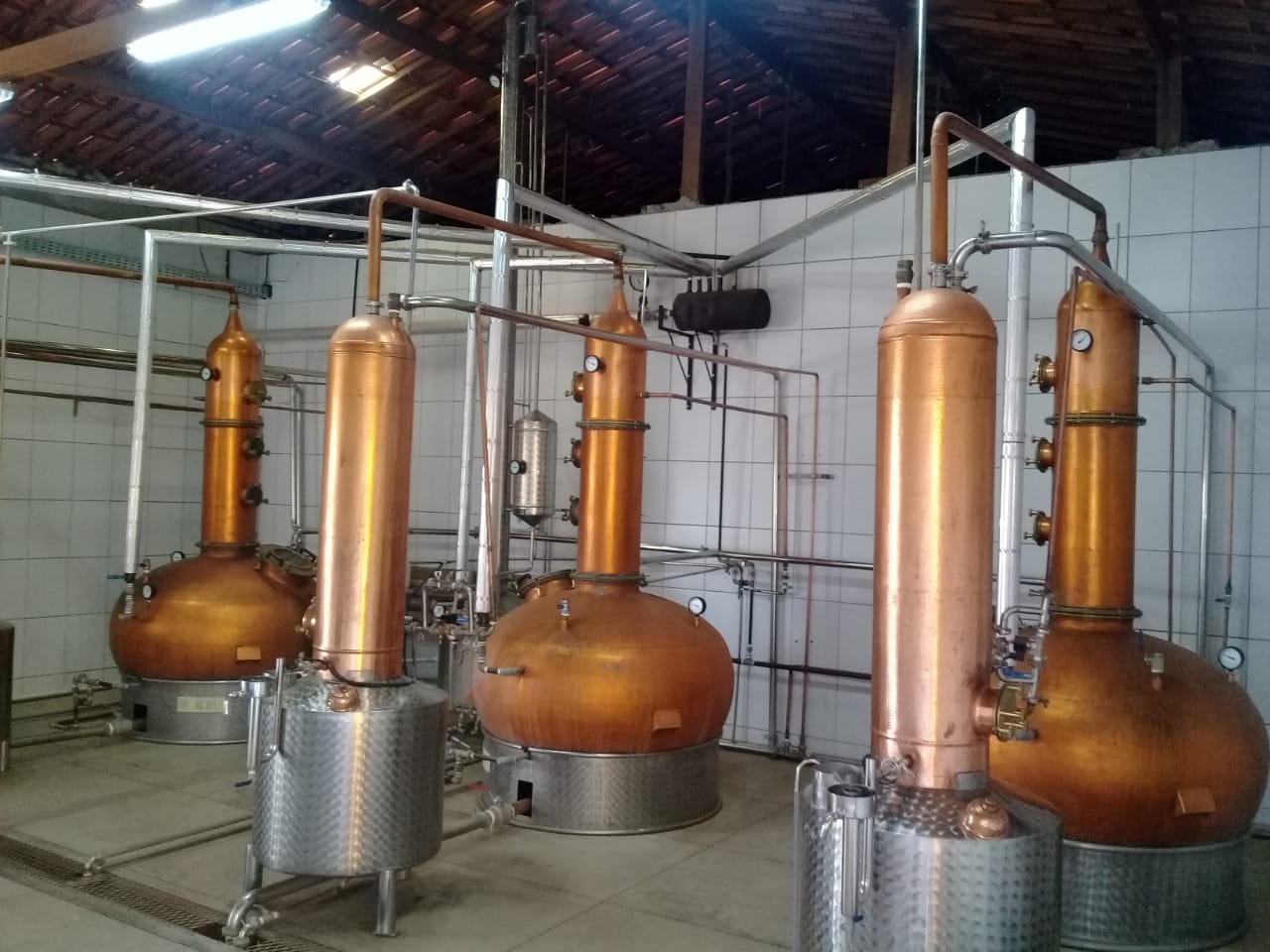 Created just two years ago, this newly-minted cachaça stems from a skilful blend of traditional production methods and state-of-the-art technology. The sugar cane is grown, harvested and fermented traditionally, but the distillery is equipped with high-end copper stills. The result is a delicate, elegant and balanced cachaça, with a floral nose showing aromas of tropical fruits, vanilla and caramel.

“This product is produced and aged using the most recent and innovative production techniques, accompanied at all stages of production by prominent professionals in the cachaça sector in Brazil” says Daniel Sarmento Gadelha. ”This award is  an indication that the distillery is on the right track, and that the observations made by connoisseurs in Brazil are in agreement with international judges.”  The product stands out due to the care and techniques used at all stages of production, including aging in first-use barrels, standardization and blending. It is a product made with specialized technical knowledge, combined with equipment fitted with specific technologies for the production of cachaça together with a group of trained employees.

“The brand is in the initial sales phase and is not effectively on the market. But in advertising, there was a positive impact, because it generated several articles in different communication vehicles in a spontaneous way”, says Daniel.

“The group’s vision has always been based on sustainability”, he adds.  “Therefore, the production techniques that best represent sustainable production are the organic production system.”

Monocultures, such as planting sugar cane, usually require the intensive use of chemical inputs (fertilizers and pesticides), which are factors of contamination of rivers, groundwater and soil.  The conventional cachaça production system also involves burning cane straw, that is carried out by some producers.  This practice affects soil biota, reduces biodiversity and worsens air quality for the production of cachaça. In addition to environmental issues, the burning of sugarcane can cause a decline in the quality of cachaça, with an increase in chemical components, such as furfural and hydroxymethylfurfural,  among other PAHs (polycyclic aromatic hydrocarbons). 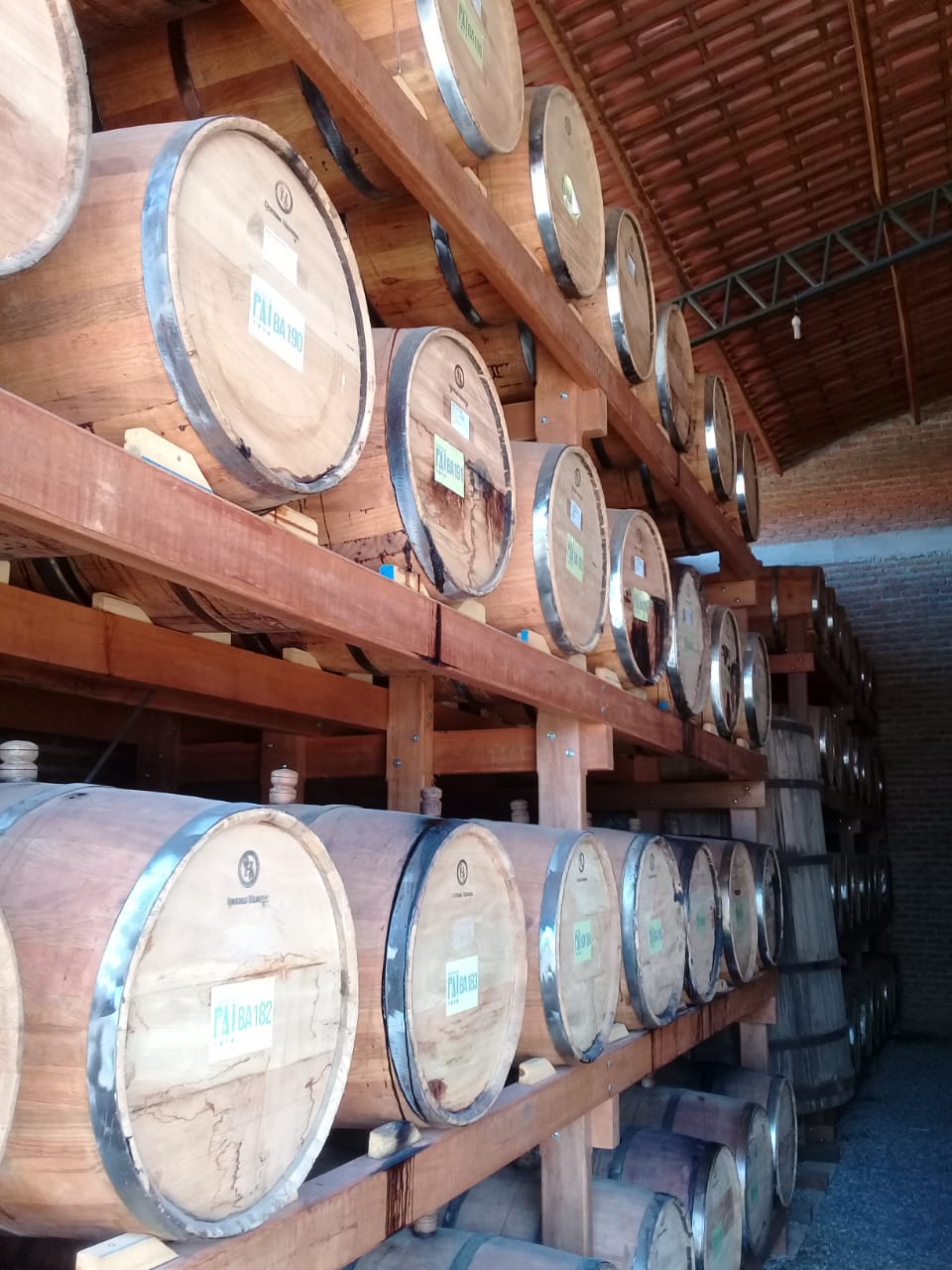 Daniel Sarmento explains that for the conversion of a conventional system to an organic system or for partial or total agroecological transition, several stages are required. The first is the reduction and rationalization of the use of chemical inputs;  the second is the replacement of these agrochemical inputs with others of biological origin; and the third is the management of biodiversity and reconfiguration of production systems, so that the systems gain structural and functional complexity.

Organic agriculture, however, is a production system characterized by a set of techniques and standards governed by specific regulations that must be followed and complied with.  These principles and techniques, called guidelines, are regulated in Brazil by Ordinary Law No. 10,831, of December 23, 2003, which provides for organic agriculture and provides other measures.

The differences between organic (sustainable) and conventional agriculture are directly linked to the care and impacts inherent to each practice.

We asked Daniel how the project to produce organic spirits drinks has been received by the population, in a country where the new President Bolsonário is  not a strong promoter of the environment and biodiversity.

“Brazilian consumers have been shown to be highly sensitive to consumption of organic products, mainly products with greater added value, as is the case with Pai Vovô cachaça.  The ideology of the current president does not interfere with the politics of the brand, because in a democracy presidents come and go, as do their ideologies, whereas the brand stays. It needs to remain active and in growth mode, regardless of the president’s ideology.  Every day, the Brazilian population is becoming more aware of the environmental and social gains promoted by sustainable production practices.  This is the context for organic production of Pai Vovô cachaça” he says.

“ …The ideology of the current president Bolsonaro does not interfere with the politics of the brand, because presidents come and go, as do their ideologies, whereas the brand stays….”

Opponents of organic spirits claim that distillation eliminates pesticide residues. Is it therefore relevant to promote certified organic spirits? We asked Daniel for his opinion on the issue.

In the case of cachaça production, there are no studies that indicate a direct impact of sustainable practices on the chemical and sensory quality of the end product.  However, there is a direct relationship with the added value of the product and the commercial appeal of a sustainable product.

Based on current knowledge, we can infer that sustainable agriculture is one that minimizes negative externalities as much as possible. This preserves and gradually rebuilds fertility, prevents erosion and maintains the chemical, physical, biological and ecological characteristics of the soil.

Conventional production systems, derived from the agricultural model of the so-called “Green Revolution”, aim to promote high productivity; generally disregard environmental laws and frequently present labor issues.  In an unsustainable way, the common and indiscriminate use of chemical inputs (soluble fertilizers and pesticides) is evidenced, the use of fire in the harvest or in the management of harvest residues leads to disastrous consequences and has a negative impact on the conservation of natural resources (biodiversity, air, water and soil), making it difficult to maintain diversity. This weakens the close links between species, producing ecological instability. Managing the complexity of possible interactions is the key to reducing the need for chemical inputs and moving towards sustainability. This incorporates man into the production system as a whole, is inclusive in relation to workers and therefore socially just. By taking nature as a model, it promotes eco-systems that save resources whilst showing respect for the soil, fauna and flora, thereby preserving biodiversity.

Pai Vovô Ouro cachaça is in the initial phase of domestic market penetration and is currently available in some cities in the State of Paraíba, in northeastern Brazil. The distillery intends to ensure distribution of its products across the country, with emphasis on the States in the North-East, South-East and Center-West of Brazil. In the next two years, besides the consolidation of the brand in Brazil, it intends to export to countries like the United States of America, Germany, England, Portugal, Canada and neighboring countries like Chile, Paraguay and Argentina.