High-quality baijiu is extremely hard to come by in Germany – it is nearly impossible, to be honest. In Asia shops, you may find some obscure basic brands, but in general the situation is dire. Therefore, I’m always more than happy to get the chance to try a new baijiu, and a specialty like the 杏花村 汾酒 青花 20 (Xinghuacun Fenjiu Qinghua 20) makes me excited already in advance.

Because baijiu is basically unknown in the area where I live, and it will probably this way for most of the readers, at the beginning a few small definitions for the readers who try to get into baijiu – the name of this product is long and complicated, after all.

From the bottle to the glass. The expected complete transparency of fenjiu is not marred by any inclusions or cloudiness. The aroma is mild by baijiu standards, but still aromatic – you smell plum, apricot, red apples, and some vinegar. Besides this fruitiness, chocolate and malt are very present. As a whole, this feels quite attractive and reminds me a bit of a German fruit brandy. 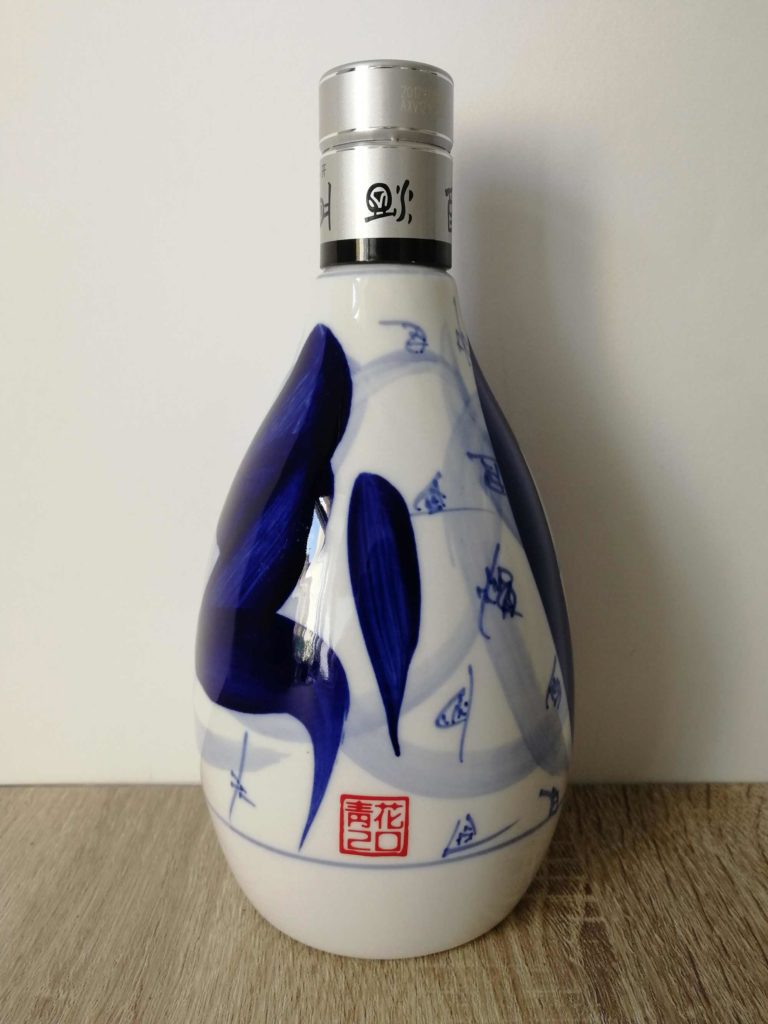 In the first sip, Qinghua 20 is malty, sweet and chocolate-y, with colorful impressions of fruit basket, but without getting too ester-heavy. A very fine spiciness accompanies the taste, a hint of licorice, a very effective balance of sweet and sour with a slight tendency to acidity. 53% ABV is well integrated, in fact I feel it to be one of the softest spirit drinks with such a high proof I have ever had – if I didn’t know better, I would guess it to be more around 40%. Whether the number “20” on the label really means “20 years old” (as some Chinese online shops advertise it to be), I dare not say – the balanced roundness and quiet elegance could well be evidence of such an age, though.

The finish is dust-dry, slightly astringent, still very mild and soft and warm. Aromatically it remains a bit on the short side, with a eucalyptus aftermath. Apricot clings to the palate for a while, along with a subtle metallic taste.

From my personal perspective: This is a fantastic baijiu that you could actually serve at the European family table as a digestive after Sunday lunch as an exciting alternative to a classic fruit brandy – after you tell your guests what is being presented there, the surprise will be great and the discussion long.

Apart from drinking it neat, this fenjiu makes a great cocktail ingredient. As it is not as terse as many other baijius, it beautifully fits into a recipe that contains the mixologist’s usual suspects of ingredients instead of clashing with them. Therefore I renamed this variation on Phil Ward’s Division Bell, which now metaphorically brings Eastern and Western spirits together – the Unification Bell. 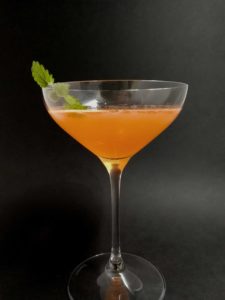 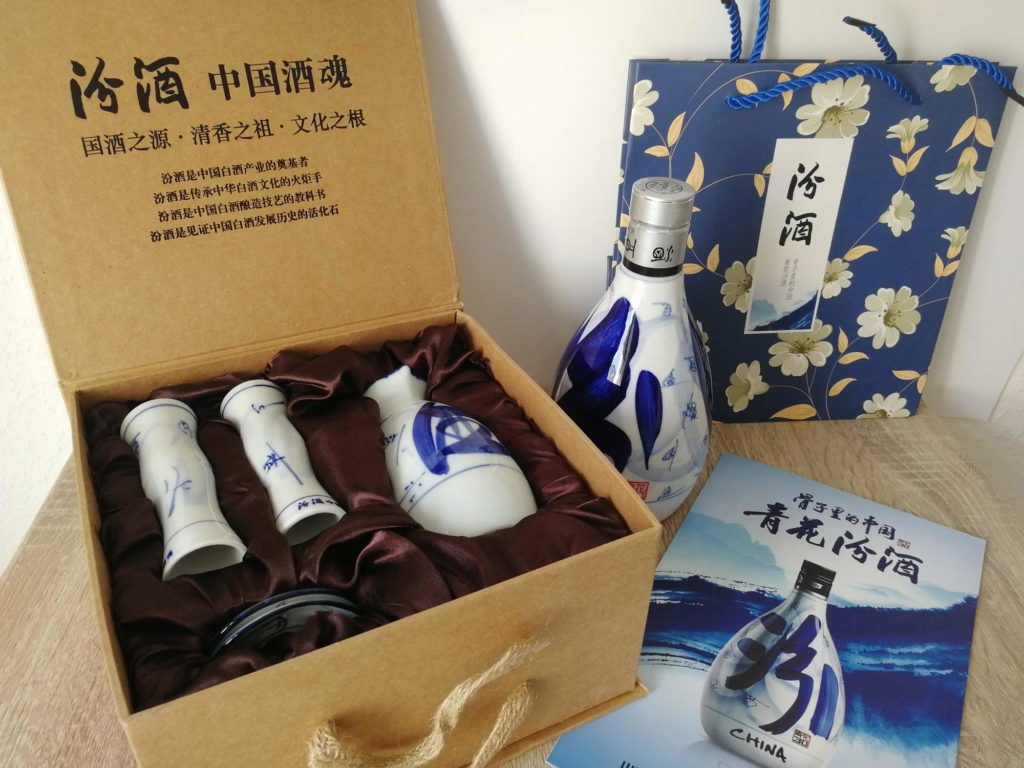 The bottle itself is beautifully designed, bulbous, cute and yet elegant, using the qinghua porcelain style mentioned above. Let’s ignore the plastic refill stop, as it’s the kind that actually works well. If you want to immerse yourself completely into the baijiu culture, there’s a drinking set available that contains a baijiu pitcher, two shot glasses with saucers in a beautiful box. Personally, I somehow like kitsch like that.

In many categories of spirits the first wavesof “exotic new” products that come to Europe are not of highest quality, as new adopters don’t have the experience to judge such novelties, and are often all too happy to take anything as long as it’s fresh. It happened with tequila, cachaça, mezcal and others – and with baijiu as well. Higher quality brands arrive only with time, when mediocrity already got its foot in the door and paved the way. Too bad; it would be preferable if products like the Xinghuacun Fenjiu Qinghua 20 could be the first contact of Europeans with baijiu. I’m sure: the opinion on baijiu would be different.

On his blog, which is one of the few independent specialist blogs on spirits written in German, Helmut Barro writes about all kinds of spirits. A special focus is always put on how to use spirits to make good cocktails. His special interests also include the historical, production-related, and legal fundamentals of spirits. Chinese literature and culture are among his interests aside from spirits.